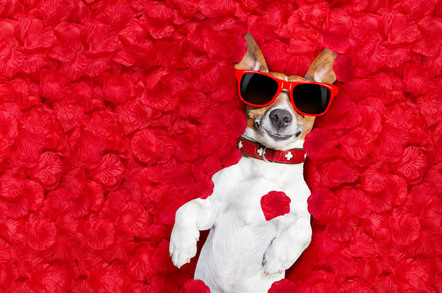 Fresh from telling us all how its “highly qualified” board would see off a hostile takeover from Broadcom, chip biz Qualcomm is now getting around the table with its buyout-happy rival.

A meeting between the two companies, which was announced a short while ago, took place on Valentine’s Day (awww). Broadcom has offered to buy Qualcomm for $103bn, later increasing that to $121bn, but, as a Qualcomm statement made clear, its management are holding out for a higher price.

“The Board remains unanimously of the view that this proposal materially undervalues Qualcomm and has an unacceptably high level of risk, and therefore is not in the best interests of Qualcomm stockholders,” said Qualcomm’s statement on the Valentine’s Day not-quite-love-in.

The meeting also covered various other topics, including how Broadcom would get the planned merger past competition regulators around the world – and how licensing of Qualcomm’s patent portfolio would work after any merger.

“Our Board is open to further discussions with Broadcom to see if a proposal that appropriately reflects the true value of Qualcomm shares, and ensures an appropriate level of deal certainty, can be obtained,” said Qualcomm’s letter to shareholders, a statement that strongly suggests they’ll be all smiles if Broadcom stumps up the right price.