HomePod, you say? Sex sex sex, that's all you think about

Apple suggests wiping your ROD and oiling your ring 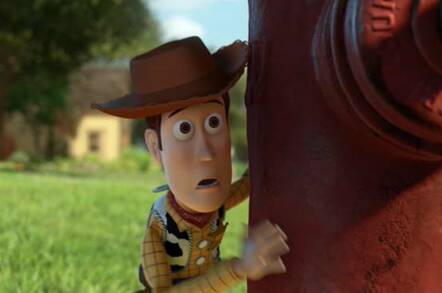 Something for the Weekend, Sir? My wife has a hairy tongue.

At least, I think she may soon develop one. The source of this information is the package leaflet inserted into the box of capsules she's been prescribed for what the doctor reckoned was a bad case of Woman Flu.

Fans of Japanese surreal fiction and body horror should spend more time reading these medicine leaflets, in particular the sections about possible side-effects. They can range from the mildly bizarre to freakishly upsetting, all the way up to full Human Centipede.

It begins with patchy skin, swelling into blistering pustules (it says here) and tender genitals (oh my god I think I might suffer from this too). Then we move on to serious liver problems, dark stools (not the type from Ikea) and jaundiced eyes before heading into the dark realms of extreme nausea, convulsions and the aforementioned hirsute tongue, which may also turn black, brown or yellow.

This was all useful information this week as I had been wondering what to get my wife for St Valentine's. After briefly considering but eschewing the usual gift options such as flowers and chocolates, I plumped for what she probably needs the most at this difficult time: a new comb.

The package leaflet is a marvel of gruesome forensic detail given that it relates to a fairly ordinary course of antibiotics. Every potential outcome is listed along with a likelihood rating. One out of 100 people will get a rash in their armpits, it says. Another one in 100 will see their hands swell up like balloons. One in 1,000 will become hyperactive and dizzy. One in 10 will get the shits, quite possibly as a result of reading about the other side effects.

HTS (hairy tongue syndrome) should affect only one in 10,000 but since I've often said she's one in a million, Mme D is certainly going to be in need of a visit to the oral barbers this time next week.

Or maybe not. The doctor called her in a panic yesterday because they've just worked out it isn't Woman Flu but a celebrity superbug. Now she's been put on heavy duty pills the size of horse suppositories.

I haven't yet read the leaflet but I'm sure the possible side-effects will be thrilling and I can't wait for them to reveal themselves. I'm hoping for a kind of Jekyll-Hyde transformation, my wife clutching her throat and theatrically passing out behind a sofa or chemist's bench – we can't afford CGI – and re-emerging as some kind of hyperactive, projectile-vomiting she-wolf.

Just as long as she doesn't transform into Michael Portillo like the poor fellow here, it'll be OK.

How I wish all products were supplied with such copious information in a leaflet inserted into the box. Not just any old info, mind, but a comprehensive listing of things that can go wrong.

In the IT field, I suppose you'd call it a troubleshooting guide. It's bad enough that few manufacturers bother to include a user manual with their hardware products any more, but even after you've hunted this down as a PDF in the farthest-flung corners of their support site, it's very unlikely these days to find a troubleshooting section inside.

This is understandable from the manufacturers' point of view. Including a troubleshooting guide is an admission of failure. It's much better to tell customers to take what they believe to be a failing product to their nearest service centre somewhere in the Kepler-90 System. Ha, that'll put the buggers off, eh?

Better still, let's tell them they're using the product wrong, despite consistent and relentlessly documented photographic evidence to the contrary! This approach has always worked well for Apple in the past and appears to be ticking along fine again now faced with the various customer complaints regarding the HomePod's "ring of doom" (ROD).

Customers are having to take their RODs in hand because the HomePod's silicone coating on the base leaves a mark on wooden surfaces. These customers are then taking photos of their exposed rings and putting them on the internet. As you do.

Surely it's about time Apple got a grip on its ROD.

My childish attempts at sexual innuendo are intentional of course, and even appropriate, as I've read that HomePod customers are being advised to "oil their wood" as a possible solution to the problem.

Any reference to "wood" is an easy win for double-entendres. Once you've got it, expressions such as "woodwork", "woodpecker" and "touch wood" take on a whole new meaning. Eventually you will end up listening to Norwegian Wood and find that your vision of a wistful John Lennon is replaced by that of an excited Morten Harket.

So "oil your wood" is one of the better sexual euphemisms I've heard recently in the home computing field. It ranks right up there alongside the IT industry greats such as "swipe to see more", "ensure alignment to avoid bent pins" and "unexpected item in the baggage area".

Apple has form in making sexually charged troubleshooting suggestions. If you remember, when faced with complaints about the iPhone 4's diminishing signal reception, they said "you're holding it wrong". They even fixed the problem by sending customers a free rubber.

I think Apple should provide a new kind of troubleshooting guide right in the box, along with the usual bumf saying "Hello", "Designed in California", "Assembled in a sweatshop in China", etc. This should not so much help you correct issues when they go wrong but, like a medical leaflet, provide a colourful list of the possible side-effects of using a HomePod. They could break it down under headings such as…

And on that note, beer o'clock is in sight already. No video this week, just a foot-tapper to play on your headphones as get you finish things off before the weekend. Have a listen with me, wood you?

Alistair Dabbs is a freelance technology tart, juggling tech journalism, training and digital publishing. He wonders whether Mme D might benefit from another blast of radiation to cure her ills this week. The side-effects would be largely beneficial, such as providing 24-hour illumination as she walks around the house and allowing the central heating to be turned off. Growing 50ft tall can be a problem, of course, but he considers it preferable to a hairy tongue.