And publishers – have you thought of trying something new? 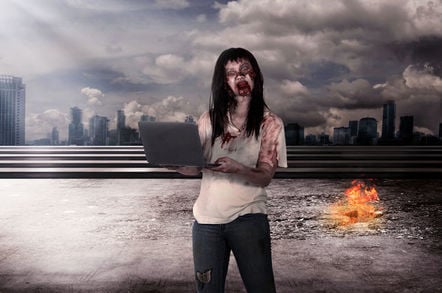 Analysis Google's own ad-blocking initiative was introduced yesterday via its Chrome browser.

We found broad agreement that it's going to be web content producers, not the ad industry, that will feel the axe, and the consensus is that Google will get stronger.

Not only is Google the biggest corporation in the digital advertising business, its Chrome browser has the largest market share – dominating both mobile and desktop. So it's police, judge, jury and executioner.

Interestingly, it isn't the content of the ads that bothers Google but their format. Usability concerns are the rationale for its choice of what to block or not block. The list comes from the Coalition for Better Ads, of which Google is a key member. Chrome won't block the fake and sensationalist "native content" clickbait made by firms such as Outbrain and Taboola: child stars gone "horribly" wrong, actors you never knew were gay, and Susan Boyle (at any age).

That'll continue unaffected by Google's move, but pop-ups, heavy interstitials, sticky ads and autoplaying videos are among the categories that Chrome will filter out. By contrast, Apple has taken a different approach: targeting privacy rather than usability.

Safari began tackling the creepy cookies that follow you around the web and permit data-mingling. We explained how it works here and the backstory here.

Segment isn't in the ad biz, but is a data processor; an infrastructure-level software that takes in, processes, and routes the data that is created when customers interact with a company’s websites and apps.

"The violation for Google is the usability of the site, and how irritating [ads] are in interrupting the readers flow. It's a weird standard," he added. Reinhardt suspects most users will continue using another adblocker in addition to Chrome.

Regulators will be watching the other major impact he predicts.

"This is definitely going to accelerate the dominance of the duopoly of Google and Facebook. It won't hurt Twitter and Pinterest. And I think media and publishing will really hurt."

Few people can argue that pop-up ads, autoplay videos and spammy clickbait make the web a nice place to visit – but they do keep the web "free".

Elliott Clayton, senior vice president of Media UK at Conversant, told MarketingTech: "The internet is largely free because of advertising – users pay for their use of the internet by viewing ads. But by removing those ads, ad blockers endanger this unwritten agreement between user and publisher."

For years, leading publishers complacently shunned new revenue models hoping that ads would keep the pennies trickling in. And for readers, easier methods of payment would also reduce the need to wrap their quality content up in toxic crud. If publishers affected by today's move are hurting, they could try innovating. ®