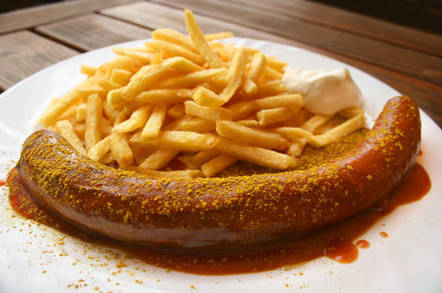 There might be other reasons not to eat this though

A study has suggested a link between diets high in ultra-processed foods and an increased risk of cancer – but academics have warned against over-interpreting the results.

The work, published in the BMJ, assessed the diets – as reported through a survey – and cancer risk of a group of almost 105,000 French men and women.

It found that with a 10 per cent increase in the proportion of ultra-processed foods – like chicken nuggets or packaged snacks – in the diet was associated with a "significant increase of greater than 10 per cent in risks of overall and breast cancer".

However, the study is better seen as preliminary work than a resounding smackdown, and there are a number of caveats that need to be considered before you ditch your lunchtime bag of crisps.

One of the primary criticisms is about the definition of "ultra-processed" foods. These are defined in the paper as including bad-sounding stuff like mass-produced sliced bread and buns, industrialised confectionary, chicken nuggets, ready meals and fizzy pop.

These foods tend to have higher levels of total fats, sugar and salt, the researchers said. They also pointed to the presence of "authorised, but controversial" additives in food, and materials like bisphenol A in packaging. Some have postulated BPA is harmful, although current advice from the UK's Food Standards Agency is that the tiny amounts that would transfer to the food wouldn't be damaging.

But this definition is both broad and changeable, which for a start makes it hard for consumers to make an informed decision over what to cut out.

"This classification seems arbitrary and based on the premise that food produced industrially has a different nutritional and chemical composition from that produced in the home or by artisans. This is not the case," Tom Sanders, a professor of nutrition and dietetics at King's College London, told the BBC.

Even the BMJ's editorial acknowledges that there are problems with the definition – and that this will affect interpretation of the results.

"'Ultra-processed foods' is a broad (and potentially rapidly changing) food category that includes multiple foods prepared by a variety of methods and containing a myriad of nutrients and food additives," the BMJ commented.

"Such a broadly defined exposure affects the interpretation of results from epidemiologic analyses."

This means it isn't clear how the foods might increase cancer risk or what exactly it is that's behind the boost. For instance, is the increased risk related to sugar in the products? Fats? Or is it because of contaminants from the packaging?

Moreover, there's the question of other factors to throw into the mix. All studies like this need to take into account the fact that people in the higher-risk group might also be doing other high-risk things.

In this case, those who ate more ultra-processed foods were more likely to have other behaviours that are known to increase cancer risk – like smoking, drinking or doing less exercise.

Although the academics say they corrected for a lot of these confounding factors during the work, error in measurement of the other variables "cannot be entirely excluded".

Again, the BMJ editorial picked up on this, saying: "Given the relatively weak association between intake of ultra-processed foods and incidence of cancer, and the known difficulties in measuring some important risk factors for cancer such as physical activity, the possibility remains that residual confounding could explain the observed association between ultra-processed foods and cancer."

However, the editorial maintains that the work is a jumping-off point for further discussion and research to assess the impact of highly processed foods on people's diets.

"Fiolet and colleagues provide an initial insight into a possible link between ultra-processed food related exposures and cancer," it said. "Their interesting results require replication and further refinement." ®