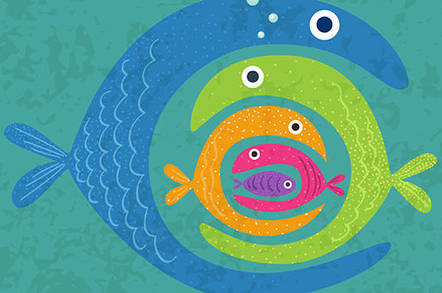 Oracle is to gobble Zenedge, a cloud security start-up, for likely less than CTO Larry Ellison spends on tanning lotion each year an unspecified sum.

The deal is part of Big Red's plan to beef up its cloud infrastructure services and Domain Name System capabilities – the idea being to bolster the existing security portfolio and lure more punters to the cloud.

In an overview of the deal, Oracle said the buy may "allow enterprises to adopt cloud services without compromising performance, cost, control or security through an expanded Oracle Cloud Infrastructure platform".

Zenedge's products can be deployed in the cloud, on-premises or in hybrid environments, and claim to secure applications, networks, databases and APIs from malicious internet traffic.

And, because it's 2018 after all, Zenedge said its products are "powered by artificial intelligence" - isn't everything these days. The firm said, without a hint of a smile, that "our core is automation".

This chimes with Big Red's continued efforts to push its autonomous products - earlier this week Oracle announced automation across all Platforms-as-a-Service as well as its latest 18c database.

Zenedge customers were today told to carry on as normal but, with Zenedge currently offering DDoS and WAF protection for AWS, it isn't clear if this will change down the line. It likely will.

The terms of the deal have not been disclosed, but Zenedge is small fry compared with Big Red's most recent acquisition, Aconex, for which Larry's lot forked out $1.2bn.

Zenedge has pulled in a total of $13.7m over three venture funding rounds since it was founded in July 2014, according to Crunchbase.

Oracle said the Zenedge team was expected to join the business. ®