IT contractors warned to get house in order 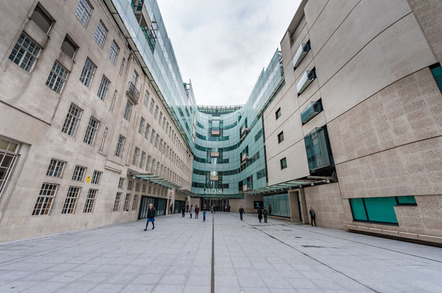 A BBC presenter must pay £419,151 in taxes after a UK tax tribunal ruled her contract should have been subject to IR35 legislation – a judgment that has been described as a wake-up call for IT freelancers.

Look North presenter Christa Ackroyd lost her appeal covering tax years 2006/07 to 2012/13, with HMRC contesting that she owed income tax and National Insurance contributions. It is the first IR35 judgment to emerge from a number of appeals involving television presenters operating through personal service companies.

A number of BBC presenters are being investigated over whether they paid too little tax by working as freelancers, with it emerging 100 were being looked at in October 2016.

Ackroyd had told the tribunal that the limited company model was in place at the insistence of the BBC, and that she had received assurances from her accountant that the arrangement was tax compliant. However, the tribunal judge Jonathan Cannan ruled those factors were not relevant under the legislation.

In his overall assessment, he said: "In our view the most significant factors in the present case include the fact that the BBC could control what work Ms Ackroyd did pursuant to the hypothetical contract. It was a seven-year contract for what was effectively a full time job.

"Standing back and making an overall qualitative assessment of the circumstances we consider that Ms Ackroyd was an employee under the hypothetical contract. If the services provided by Ms Ackroyd were provided under a contract directly between the BBC and Ms Ackroyd, then Ms Ackroyd would be regarded for income tax purposes as an employee of the BBC."

He added: "We do not criticise Ms Ackroyd for not realising that the IR35 legislation was engaged. She took professional advice in relation to the contractual arrangements with the BBC and she was encouraged by the BBC to contract through a personal service company."

Last year the government shifted responsibility for compliance with the IR35 legislation from the individual contractor to the public body or recruitment agency. It hopes to raise £185m for 2017/18 by bringing public sector contractors within the scope of the legislation.

In the autumn budget, the government said it is consulting on rolling out the controversial IR35 reforms to the private sector.

Dave Chaplin, chief exec of online portal for freelancers ContractorCalculator, said HMRC is likely to use this case, and others coming up, to reinforce its arguments that the IR35 reforms should be rolled out to the private sector.

"IT contractors can no longer afford to take a laissez faire attitude to compliance, otherwise they could easily find themselves assessed as inside IR35 by their clients when the changes come in. HMRC is coming, you need to prepare," he said.

Andy Chamberlain, deputy director of policy at the Association of Independent Professionals and the Self Employed (IPSE) said the case is significant as it appears to be the first IR35 ruling for seven years, and has resulted in an extremely large tax bill for an individual.

However, he said that "it also demonstrates the original IR35 legislation can be made to work when HMRC actually enforce it", adding that the recent changes were "unnecessary".

"It has made it much harder to operate as a contractor in the public sector and has robbed the government of the expertise it needs."

According to a survey of contractors, the vast majority of UK government IT projects are suffering delays due to freelancers quitting over the IR35 tax clampdown. HMRC denied there is a drift from the public sector and no delays to IT projects due to the new rules. ®