US govt staffers use personal gear on work networks, handle biz docs on the reg – study

As in on the regular, not... oh never mind 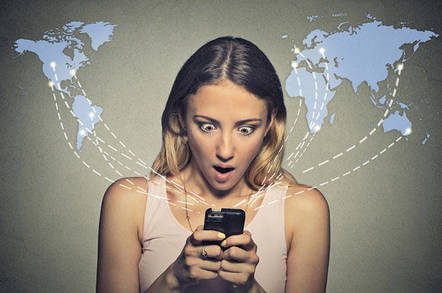 This is according to a study published this month by security biz Lookout, which suggests Uncle Sam's staffers may be putting confidential information at risk.

Additionally, 72 per cent say employees at their agencies "often" connect their personal devices to agency Wi-Fi networks while at work, 74.5 per cent found employees using apps obtained outside of a major app store, and 48.5 per cent report employees jailbreaking their work devices.

As a result, many agencies are still vulnerable to data breaches and network compromises, despite having strict security policies in place.

"The results of our survey demonstrate that government employees, like their counterparts in the private sector, are often willing to circumvent internal policy for personal convenience and/or productivity," wrote Team Lookout.

At this point it should be noted that Lookout has a vested interest in painting a grim picture: the biz specializes in mobile device security and management tools.

Still, the findings, spotted today by NextGov, will back up what many IT administrators, both in the government and private sectors, know to be true. Employees will often ignore basic security protections, particularly regarding the use of personal devices and email accounts, in their day-to-day operations.

The use of personal devices has come under particular scrutiny in the wake of the Kaspersky security scandal.

That case was triggered when NSA software developer Nghia Hoang Pho took some agency projects home and loaded them to his personal computer, only to have his antivirus software compromised and the files harvested by Russian hackers. ®