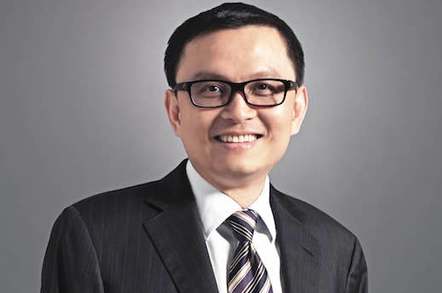 Chialin Chang, president of smartphones at HTC, has resigned. No successor has been announced.

After Google acquired some 2,000 HTC engineers, senior HTC staff told The Register the company still had a team of around 2,000 producing phones at a range of price points. Google had tapped HTC to make its first ever Nexus phone, and the company's design and R&D informs the current Google Pixel 2. HTC's U11 Plus bears the hallmarks of a Pixel candidate that Google rejected.

Chang personally introduced HTC's One m8 smartphone on its launch in 2014, an event which would be the high point of HTC's fortunes, both financially and in terms of reputation. At the time, the "Alfa Romeo" of phones was compared favourably to market leader Samsung. But HTC had neglected its midrange, and a lacklustre follow-up moved it sharply into the red. By early 2015 HTC was losing 24 cents for every dollar of revenue it received.

HTC's U11 was as good as any flagship on the market but, as with some of its illustrious predecessors, the company struggled to convert good reviews into strong sales.

For HTC, the emphasis today is firmly on the Vive VR system, announced three years ago at Mobile World Congress. ®