NY court rules pics can be accessed if relevant to litigation 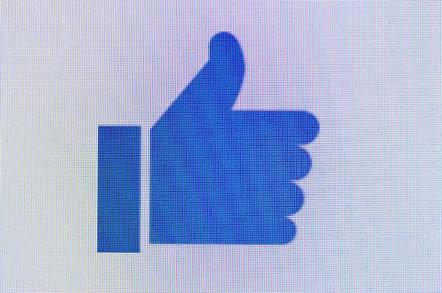 Privacy settings on Facebook do not protect users from handing over photos, posts or metadata that is relevant to a court case, a New York judge has ruled.

In a decision (PDF) handed down yesterday, chief judge Janet DiFiore said that a court could ask someone to hand over any relevant materials as part of discovery ahead of a trial – even if they are private.

The threshold for disclosure in a court case "is not whether the materials sought are private but whether they are reasonably calculated to contain relevant information", she said.

The ruling is the latest in an ongoing battle over whether a woman injured in a horse-riding accident should hand over privately posted pictures to the man she has accused of negligence in the accident.

Kelly Forman suffered spinal and brain injuries after falling from a horse owned by Mark Henkins, who she accuses of fitting her with a faulty stirrup.

Forman said the accident had led to memory loss and difficulty communicating, which she said caused her to become reclusive and have problems using a computer or composing coherent messages.

Because Forman said she had been a regular Facebook user before the accident, Henkins sought an order to gain access to posts and photos she made privately on Facebook before and after the accident, saying this would provide evidence on how her lifestyle had been affected.

For instance, the court noted he argued that "the timestamps on Facebook messages would reveal the amount of time it takes the plaintiff to write a post or respond to a message".

In February 2014, a judge ruled it wasn't necessary to see the text of privately posted messages, but that Forman should authorise access to Facebook records showing each time she posted a message and the number of characters in it.

However, in December 2015, the court's appellate division downgraded the disclosure to just the pics she planned to use in trial, while scrapping access to metadata entirely.

Henkins was granted the right to appeal, and yesterday's ruling from the Court of Appeals reinstated the 2014 decision by a 7-0 vote.

In the judgment, DiFiore said the defendant had "more than met his threshold burden" of showing the account was "reasonably likely to yield relevant evidence" to Forman's claims, especially "that she is painstakingly slow in crafting messages".

The judge acknowledged Forman's argument that disclosure of social media materials posted under private settings was an "unjustified invasion of privacy", but said that other private materials relevant to litigation – including medical records – can be ordered for disclosure.

DiFiore also noted that, although the court was assuming, for the purposes of resolving the case, that setting a post to "private" meant that the they should be characterised as such, there was "significant controversy" about this.