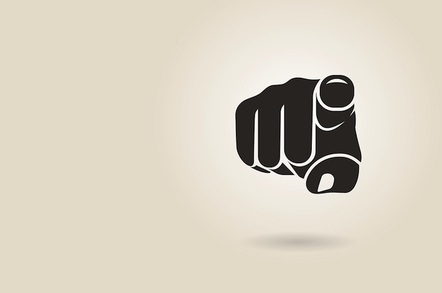 A police force in England has been kitted out with fingerprint scanners to run identity checks in the street.

Some 250 scanners have been handed to West Yorkshire Police officers, who will be able to run fingerprint checks against two criminal and immigration biometric databases.

In an announcement slipped out over the weekend, the UK's Home Office said the Biometrics Services Gateway system would be rolled out to another 20 forces by the end of the year.

The scanners link up to an app on cops' smartphones – which is already available to all 5,500 frontline officers – and run the prints against the UK's criminal fingerprint and biometrics database (IDENT1) and the Immigration and Asylum Biometrics System (IABS).

Cops will be able to use the scanners on people on the street if they cannot provide identification, withhold their name, or if the police think they are lying about their identity.

At the moment, police would have to take the person to the station to carry out fingerprinting, which the government argues wastes time.

As an example, the Home Office said that in a trial, using the kit allowed police to identify a driver following a pursuit and issue him with a summons for three offences within 10 minutes, compared with four hours without the tool.

In a bid to put a positive spin on the handheld scanners, the Home Office suggested it could be used to identify someone in a medical emergency. It was also at pains to emphasise that prints "are automatically deleted from the device once they have been checked".

But campaigners described the rollout as a further erosion of people's right to privacy.

"There's no recognition of how breathtakingly invasive this proposal is," said Emma Norton of Liberty.

"There is no discussion of consent. Or of the importance of legal advice before people should be asked to hand over this kind of information about themselves. Or what may happen if someone declines a request."

Norton also questioned who the information would be shared with, and whether it would be used to "target undocumented migrants".

This view was echoed by Silkie Carlo, director of Big Brother Watch.

"The growth of border-style security on our streets is alarming," she said. "That police are now stopping and scanning people's fingerprints to check their immigration status is nothing less than the modern equivalent of being asked to show your papers."

Campaigners are also concerned that the kit's ease of use will encourage police to fingerprint more people – and exacerbate existing policing biases.

"The tool clearly risks being overused and applied disproportionately to the same ethnic minorities that have been over-policed for far too long," said Carlo.

The Home Office has come under fire for its use of biometrics technologies, especially its management of custody images, which can be retained for up to 10 years, even if the person is not charged with a crime. The individual must make a request for them to be deleted.

The department has promised its long-delayed biometrics strategy in June, which observers hope will clarify how, and to what extent, the police are using such technology in their work, and set clearer rules on retention of data.

The Home Office is also planning to merge the IDENT1 and IABS databases – which are currently run by different suppliers – into one single service management system. A prior information notice for the work said one scenario would be for both to move to the public cloud. A contract notice for the work, budgeted at up to £308m, is due at the end of the month. ®