Are you an open-sorcerer or free software warrior? Let us do battle

Quickly now, before the suits show up 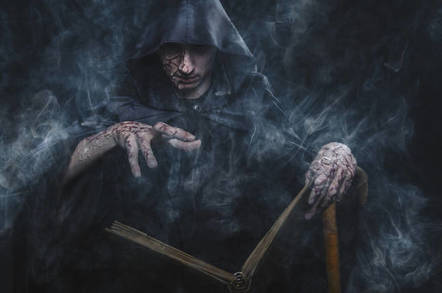 The difference between free and open-source software is at this point largely moot, save for deep philosophical differences that don't matter much to anyone outside a very small community of thinkers.

You can read an entertaining history of the Open Source Initiative here at The Reg. Here's my extremely foreshortened version: Open-source software is of course what happened to the free software movement when, to borrow a phrase from 1980s punk rock, the suits showed up.

To businessmen who only ever thought of the word "free" as a term to describe not having to pay for something, free software was anathema. It probably didn't help that the most prominent free software advocates also looked like, and by all accounts were, counterculture fans. From the conservative world of business in the 1990s, free software looked like a bunch of dirty hippies trying to destroy capitalism.

Enter the Open Source Initiative (OSI). The OSI wanted to make free software "more understandable to newcomers and to business". They felt the term "free software", with "its seeming focus on price", was distracting.

The founders of the OSI felt they needed the business world on board if the idea was ever going to catch on. As Bruce Perens, author of the Open Source Definition, writes: "Open Source was meant to be a way of promoting the concept of Free Software to business people, who I have always hoped would thus come to appreciate Richard [Stallman] and his Free Software campaign. And many have. Open Source licenses and Free Software licenses are effectively the same thing."

Effectively, perhaps, but not actually.

Still, despite what Perens and other OSI backers believe, there is a philosophical difference between free software and open-source software. It may not be important to most people taking advantage of free software, but it is there. As Richard Stallman put it: "Ideas of 'free software' made some people uneasy... raising ethical issues such as freedom, talking about responsibilities as well as convenience, is asking people to think about things they might prefer to ignore, such as whether their conduct is ethical."

Perhaps the most ironic thing about the origins of open source today is that it too had become a watered-down term that is increasingly is danger of losing its meaning as well. On the web today, open source is used to refer to plenty of projects that use open-source-approved licenses, but ship unmodifiable binaries, something free software explicitly forbids, but open source doesn't address. Open source has also been broadened to apply to devices that aren't patented, even, in the case of The New York Times, to apply to beta testing in public, which has nothing at all to do with open source or free software.

And that philosophical divide remains there in the background. Unfortunately, the age of the philosophical programmer is largely behind us, and, should things ever come to a head between Free Software and Open Source, it's not hard to imagine which one will come out on top. The Open Source world probably has the money, corporate backing and developer mindshare to weather any sort of conflict with Free Software.

If you're going to bother stepping outside the norm, and outside of the developer community open source is definitely still outside the norm, why not choose to do something for reasons that go a little deeper than "it works" or "it doesn't cost anything".

Proprietary software often works just as well. It's often a practical choice, so what's the motivation for the open-source user to go with open source over the same proprietary software? Because the source is available? If that's enough for you then carry on. But it isn't for me.

Free software has a much more defined purpose and clearer mission. The free software user always knows why they choose free software – because it offers freedom. As Stallman writes: "If we value our freedom, we can act to maintain and defend it." ®