CEO stresses biz is more than just a Hadoop-flinger now 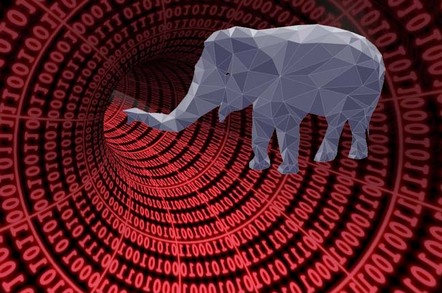 Data biz Hortonworks shaved $50m off its operating losses in 2017, describing the year as "pivotal", as it continues efforts to rebrand itself as more than just Hadoop.

In the quarter ended December 31, and four years since going public, Hortonworks pulled in revenue of $75m and had operating losses of $45.8m – but for the first time broke even on cash flow.

The biz has been criticised for burning through cash and urged to get its spending under control – so the positive operating cashflow figure of $6.4m will be a relief to bosses.

It is also claiming success in its progress towards its target of reaching 80 per cent of revenues coming from subscriptions. In Q4 the figure was 77 per cent, which represented $57.8m.

Behind the figures, though, the company is at pains to emphasise it isn't just about Hadoop anymore. CEO Rob Bearden said on the earnings call that the biz had evolved to a "global data management platform company".

The push is driven by an increase in established players like Microsoft offering more Hadoop-like services, and companies considering do-it-yourself options given it's an open-source tech. As Gartner analyst Merv Adrian put it:

This theme is coming up more and more in Hadoop discussions. It has driven the former “distribution vendors” to broaden and enrich their message. DIY is becoming one of their biggest competitors. https://t.co/62PNp2QuFu

However, in response to a question about the threat of mega-scale cloud vendors undercutting Hortonworks, CTO Scott Gnau said it was "an opportunity".

He said these vendors "creates more data and enables more experimentation and learning", adding that there was value in hybrid solutions. "It's not just about all cloud or one cloud," he said. ®