BOFH: We want you to know you have our full support 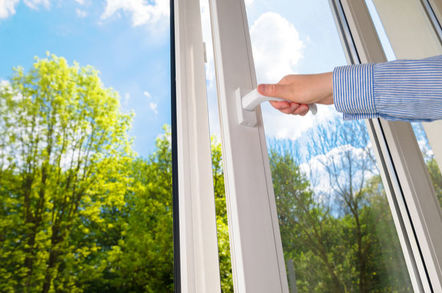 Episode 2 "NGGGGAAARRRGGGHHH!" the PFY says, slamming his mouse onto the desk several times.

"Yes, I'm trying to get pre-sales support for a product but I'm just going round and round in the website which sends me to a Virtual Agent that can only interpret my question in two incorrect ways. It then suggests I can 'talk to a real person' - which is just another webpage, OR I could PAY for a support call, THEN I get shunted to the Community - which asks me to select the product I want help on - WHICH ISN'T LISTED and which then suggests I want to go to a Virtual Agent."

"Welcome to the new face of support!" I cry happily. "If there was one way of doing things even cheaper than outsourcing support calls to international call centres it's the community approach - where every man and his retarded dog can misinterpret what you're saying and give you a solution which - and this is the best part - is in no way warrantied."

"I know, you just want the answer to a simple question from someone with technical knowhow - and those people actually exist in the Community. See, the community is a bit like a glassworks museum inhabited by 10,000 people with tools. One or two of those people will be curators working for the museum and have polishing compound and rags, 10 or 20 will be glassworkers loosely employed by the museum with precision glass repair instruments but the REMAINING 9,900+ are JUST IDIOTS carrying HAMMERS.

"So when you ask if anyone knows how to restore the lustre to an 18th century vase because you're thinking of buying one, you're vastly more likely to get one of the cast of thousands tell you that when HE had a problem with his pane of 4mm Perspex - which is LIKE glass - he just hit it with a hammer a couple of times. It didn't have any lustre to start with, but hitting it with a hammer certainly didn't give it any less lustre than it had before, so that's probably the solution."

"Then someone else will comment on the Perspex comment and say the guy is an idiot and that Perspex doesn't have lustre and isn't glass and that what they should be doing is mounting the vase in a ring - because glass is like diamonds, and diamonds always shine when they're in rings."

"This will be followed by 10 other people agreeing with the Perspex guy and telling meaningless stories that don't go anywhere about how they put a conservatory up using only Perspex and a hammer."

"But JUST when you're about to give up hope, one of the glassworkers will say 'Wait, aren't we talking about a vase - not a diamond and definitely not Perspex?" and you realise that finally someone who knows what they're talking about is there and they will say that because vases are glass, NOT Perspex and NOT diamond you should leave them to obtain a natural lustre because as everyone knows glass is a super-cooled liquid and it will over time move to a more lustrous finish."

"But then five more people will say that the whole super-cooled liquid thing has been disproved and that the hammer is probably the best option."

"Then one of the curators - the people who are actually RESPONSIBLE FOR SUPPORT FOR THE PRODUCT - will eventually comment, and they'll say something like - 'Have you tried rebooting the vase?' followed immediately by 'If you have found this comment helpful, please rate this comment with 5 gold stars to prove that I can regurgitate a support script without actually reading the question."

"And you'll comment that IT'S A F*CKING VASE, IT DOESN'T NEED REBOOTING! And then the curator will suggest you might want to start an advanced support call for the problem you're having - but you're not HAVING a problem, you just want to know if you can make a second-hand vase shiny again."

"But wait, there's more. They will - and I'm not making this up - suggest you try the virtual agent or maybe contact the support people by phone. And but by then the world is all red and you can feel the fiery rage coursing through every bone in your body and the Boss will come in an say they're thinking of installing 18th century vases in all the meeting rooms but he's a little concerned about how shiny they might not be - so perhaps you could be sure to sign up to some shininess support contract from the company that supplies them...