US Senate mulls giving Huawei and ZTE the Kaspersky treatment 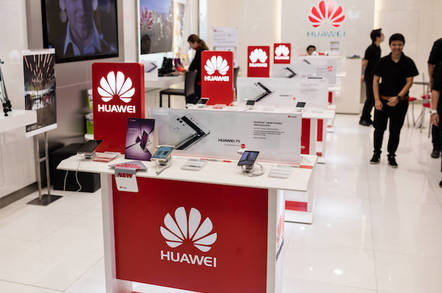 Both halves of the US Congress are now mulling draft laws that would ban American government workers from using phones, network switches and other gear built by Chinese communications giants ZTE and Huawei.

Senators Tom Cotton (R-AR) and Little Marco Rubio (R-FL) introduced this week Senate bill 2391, which would prohibit Uncle Sam's agencies from either purchasing or leasing hardware and services made by ZTE, Huawei, and any of their subsidiaries or affiliates.

"Huawei is effectively an arm of the Chinese government, and it's more than capable of stealing information from US officials by hacking its devices," Cotton roared in unveiling the bill. "There are plenty of other companies that can meet our technology needs, and we shouldn't make it any easier for China to spy on us."

Rubio added: "Chinese telecom companies, like Huawei, are directly linked to the Chinese government and communist party. For national security reasons, we cannot allow a foreign adversary to embed their technology in US government systems or critical infrastructure."

The bill comes as the US government takes a long, hard look at its IT suppliers and their affiliations with foreign powers. Russian antivirus maker Kaspersky was last year banished from Uncle Sam's PCs over fears it is closely linked to the Kremlin, and that it may be acting as a conduit for Putin's spies into sensitive networks. It didn't help that an NSA staffer took home classified security exploits, which were copied to Kaspersky's cloud by antimalware tools on his Windows PC. Kaspersky denies any impropriety.

Huawei and ZTE, known to be closely associated with China's government, have long been subject to increased scrutiny. Both have denied accusations of working on behalf of Beijing's super-snoops.

This Senate bill will take things a step further by freezing both companies out of Washington DC entirely. The draft legislation is twinned with a House bill introduced last month. That paperwork, backed by Rep Mike Conaway (R-TX), is being considered by the House Committee on Oversight and Government Reform.

Both bills have to survive their respective committee and voting stages before being combined and sent to President Trump to sign, if they are to make it into the law books. ®