What did we say about Tesla's self-driving tech? SpaceX Roadster skips Mars, steers to asteroids

Where's a sat-nav when you need one? 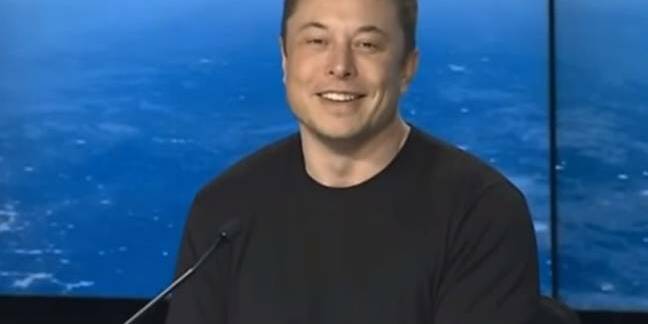 Pic The final rocket burn of the SpaceX craft carrying Elon Musk's personal Tesla Roadster into the cosmos pushed the billionaire's flash jalopy much further than anticipated. It's now heading out toward the Solar System's asteroid belt rather than swinging close by Mars as planned.

Yesterday, SpaceX launched its powerful Falcon Heavy, with the boss's ride strapped on top. The rocket was made up of three reusable boosters – each powered by nine Merlin engines – which fell back to Earth a few minutes after blastoff. While two of those Falcon rockets – the Heavy's side boosters – landed safe, the central booster didn't. More on that later.

Once those rockets were away, a second-stage engine attached to the Roadster fired up and pushed the unconventional cargo off into the universe's inky depths. And it was more shove than push, it seems.

During a press conference after liftoff, Musk said it was dicey whether the second stage would power up at all. The fuel could have frozen, the oxygen boiled off, or the avionics failed, as the rocket spent more than five hours in our planet's high-radiation Van Allen belts before firing up.

Usually spacecraft punch through the belts as quickly as possible to minimize the risk of damage. After hours of charged particles bombarding the podule, it still worked just fine. Ish. Maybe it was performing a touching tribute to Tesla's autopilot software.

The payload was supposed to get into an orbit around the Sun, and skim Mars. Instead, the car will whiz past the Red Planet by a much larger margin than expected and zoom off out toward the asteroid belt. There is little chance the trip will be cut short by a prang with space debris, though. Contrary to what various Hollywood documentaries films have suggested, the belt is sparsely populated with boulders, with loads of room for a billionaire's convertible to slip through.

Now, about that rocket crash

Musk explained what went wrong with the attempted landing of the Falcon Heavy's central core. The booster was trying to land on the floating autonomous barge Of Course I Still Love You when it suffered a "rapid, unscheduled disassembly," to use SpaceX's term for crashed and burned.

According to Musk, the booster had enough main fuel to make the landing, but it ran out of the triethylaluminum and triethylborane (TEA-TEB) fuel that is used to reignite the rocket engines, which are needed to control the rate of descent. Its central motor lit up, but the two other engines didn't.

The result was that the booster came down too fast and off target. It hit the Atlantic ocean at about 300 MPH 100 metres from the barge, and disintegrated, damaging two of the sea vessel's four thrusters, which are used to keep the ship in position.

"If I could have picked anything I would have picked the center core to explode," Musk said. "Those titanium grid fins [on the Falcon side boosters] are super expensive and the production is very slow – we need them back. The most important thing to recover were those grid fins."

The fins, first called X-wings, are used by the two side boosters to steer and control themselves for landing. The central core doesn't sport these titanium components: it has aluminum fins, instead. As Musk explained, the titanium fins are very expensive, not to mention difficult, to manufacture.

The side boosters with the fins fitted landed as scheduled on the ground – however, that'll be the last time they fly as they are outdated version three and four Falcon 9 designs. Today's Falcon 9s are on version five, Musk said.

Development work on Falcon 9 and Falcon Heavy series is being scaled back, Musk said, so SpaceX engineers can focus on the crew-carrying Dragon 2 capsule and the Big Fucking Rocket needed to get to the Moon and Mars. His boffins will also work on another version of their flight fairing, which covers payloads during launches, so that material too can be recovered and reused after liftoffs.

"In the next six months we'll have a special boat, shaped like a catcher's mitt in boat form, to catch the fairings," Musk said. "We could even use it to try and catch a Dragon [capsule]."

The Falcon Heavy will be useful in that it's powerful enough to fire probes at Pluto and beyond without the need for gravity assists along the way. "You could go to the Moon in a Falcon Heavy with an orbital refueling," Musk said, "but I wouldn't recommend it – the BFR is the way to go."

Musk said the first test flights of the BFR could begin next year, although these will be simple up and down trips, similar to the Grasshopper runs used to test the Falcon 9. The BFR's heat shields need to be tested next: the rocket will be fired up, and accelerated through the atmosphere to really stress the shields.

The space biz has great hopes for the BFR, which should be able get into Earth's orbit using a fully fueled single stage. Quite what the first BFR will carry as a test payload hasn't been decided, Musk said, but he was happy with the way the Roadster launch went down, er, up.

"It was kind of silly and fun, but silly things are important," he said with a grin. "Typically with a new rocket, they launch a block of concrete and that's so boring. The Roadster image will get people around the world excited. It's still tripping me out, I'm tripping balls here." ®