Search results serve our rivals, not our produce, biz complains 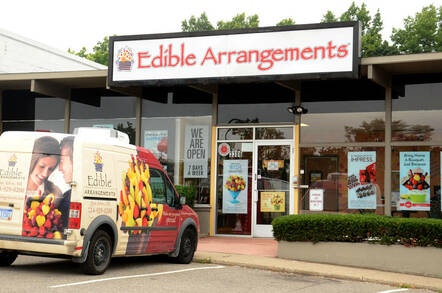 Google is being sued for more than $200m (£143m) by makers of fruit bouquets – because the web giant unfairly prioritized competitors' wares over their arty produce in search results, allegedly.

Edible Arrangements – which specializes in crafting and delivering baskets of fruit cut to look like flowers – claimed that when netizens search for their bouquets in Google, the engine instead returns prominently placed links and ads to other websites offering similar fare. This, in turn, leads to punters buying stuff from rivals while thinking they are shopping at Edible Arrangements, apparently.

In short, Edible believes Google is ignoring its trademarked name, and using it to shift goods and ad clicks for its opposition. Now, the biz is suing Google in a district court in Connecticut, USA, alleging trademark infringement, false designation of origin, dilution, and unfair competition.

"The net result of this display is that consumers are deceived into thinking competitive products come from or are associated with Edible Arrangements, Edible Arrangements’ valuable trademark is placed in jeopardy, and Google profits handsomely."

Edible – based in Wallingford, Connecticut – is seeking damages "in excess" of a fifth of a billion dollars for five counts: trademark infringement, false designation of origin, dilution, unfair competition, and violation of the US state's Unfair Trade Practices Act.

This isn't the first time Google has been sued for the way it handles business search results. An international dispute has erupted over the way the ads goliath listed knockoffs of a Canadian networking vendor's appliances alongside genuine gear. ®