Spectrum-moaning campaign must not run again 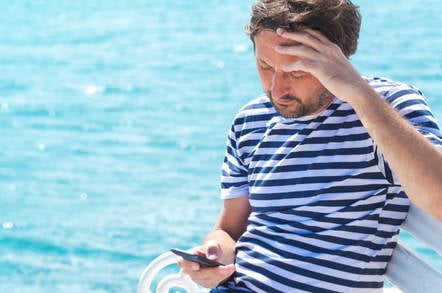 Three's campaign for a spectrum cap on mobile operators has been deemed "misleading" by the UK Advertising Standards Authority for implying it was run by an independent body.

Three had wanted Blighty's communications regulator Ofcom to impose a 30 per cent cap on spectrum ownership, having waged a strange campaign last year that featured Ofcom head Sharon White as a cartoon superhero and calling on her to "make the air fair".

That was squarely aimed at BT/EE, which holds 45 per cent of immediately usable UK mobile spectrum. However, Ofcom subsequently decided it would not allow BT/EE to bid for any more 4G spectrum – rather than force it to sell a proportion of its existing share.

Complaints arose from BT and two members of the public.

Three's owner, CK Hutchison Holdings, responded that the campaign was founded by Three and supported by the companies TalkTalk, CityFibre, Gamma and Relish, and the industry body Federation of Communication Services.

It said the ads did not present the campaign as being on behalf of an independent body and the make-up was prominently presented in the ads and on the campaign's website. Three believed the campaign had been carried out in an honest and transparent manner.

The ASA found that the paid-for Facebook post, regional press ad, poster and internet display ads all included at least one statement indicating that the campaign objected to BT/EE's role in the UK's mobile market.

However, it said the status of the organisation in the ads could have been made more explicit by referring to Make The Air Fair as an "industry campaign group".

The ASA said it "considered consumers were likely to infer the campaign was run by an organisation campaigning on behalf of consumers. Because that was not the case, we concluded the ads were misleading."

As such, it ruled that the ads must not appear again in that form. It also told Three not to repeat the claims that BT/EE "dominated" the mobile market, that it could "ruin" the UK's mobile internet, or that if BT/EE bought more spectrum in the auction it would result in higher mobile prices, slower speeds and worse coverage for UK consumers, unless they held adequate substantiation.

Three had launched a judicial appeal against Ofcom's decision on the spectrum cap, which was overturned by the High Court. Three has appealed against that decision, which will be heard on February 13-14 at the Court of Appeal. ®