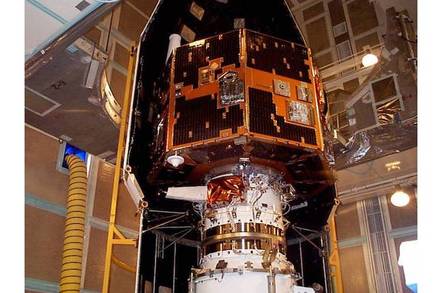 NASA has updated the status of its once-was-lost, now-is-found IMAGE satellite and revealed the bird's power supplies are operational. The space agency will therefore attempt to revive the mission – if it can find money to fund the effort.

As The Register previously reported, IMAGE (the Imager for Magnetopause-to-Aurora Global Exploration) was presumed lost in 2004 until an amateur space-watcher Scott Tilley spotted its signal during a search for the secret-but-failed Zuma satellite.

Tilley's find was quickly confirmed by NASA Goddard Space Flight Center, which grabbed time on the Deep Space Network to capture and analyse the signal he spotted.

Goddard engineers have now received sufficient data to announce that IMAGE's “battery is fully charged, and that overall, the satellite itself seems to be in good shape”.

The engineers are putting together what NASA describes as a “small control centre” that can understand and control the satellite. This will involve recreating the 12-year-old software, and finding a machine that can run instrument commands.

"NASA will convene a panel of external scientists to assess the science potential in the context of constrained budgets for operating spacecraft," the announcement said.

Communications with IMAGE have given NASA some fresh mysteries to solve.

When the satellite first “underwent an unexpected power distribution reboot”, only one of the redundant power supplies (the B side) returned, leading scientists to conclude that the A side had failed. Yet now the sat seems to be operating on the A side power.

Tilley's fellow sky-scanner Cees Bassa has provided this update about the search for the first retransmissions from IMAGE.

Bassa, who has a satellite-watching station in the Netherlands, says the earliest scans in which the satellite's 2272.5 Mhz-band signal were detected took place in October 2016; it was absent from scans in January 2014, so the satellite rebooted some time during that window.

“Most likely the battery efficiency degraded such over the IMAGE lifetime that during the less deep eclipses the battery drained sufficiently to lead to the reset and bring the transmitter aboard IMAGE back to life”, Bassa wrote. ®