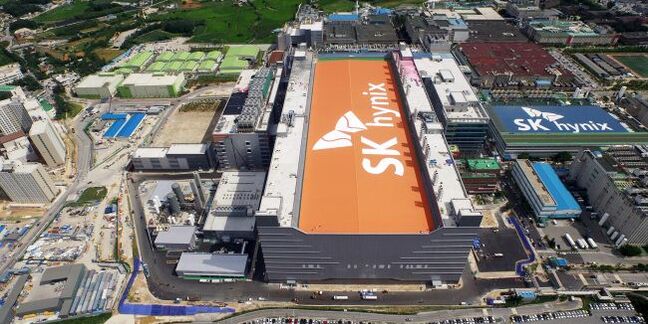 It has developed 512Gb flash chips with this technology, and built an enterprise-class SSD using its own controller and firmware to provide 4TB of capacity. SK Hynix is not saying whether the SSD uses TLC (3bits/cell) flash or not.

The device supports sequential read and write speeds of up to 560/515MB/sec and can perform 98,000/32,000 random read/writeIOPS respectively.

There is no word on the access protocol which is likely to be SAS or SATA as the company has said it has separately developed a PCIe SSD using the same 72-layer technology.

SK Hynix is sampling the PCIe product to server and data centre clients in the USA.

It already lists two enterprise SSDs on its website: the SE3010, a SATA MLC (2bits/cell) SSD maxing out at 1.9TB and developed in 2015, and the PE3011, a PCI MLC SSD, about which it provides no information.

These look set to be replaced by the forthcoming products.

However, the new PCIe SSD numbers are not that high compared to competing devices from the mainstream enterprise SSD shippers. We would also expect a significantly higher capacity than the 1TB+ bar set by the company.

A stronger entry into enterprise SSD shipping by SK Hynix will increase competition with Intel, Micron, Samsung, Toshiba and WDC, and tend to lower pricing. Expect it to announce product later this year. ®