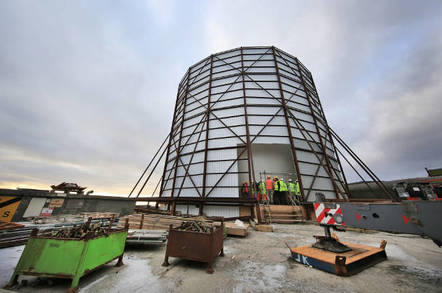 The Royal Air Force has moved one of its air defence radars onto the northern tip of the Shetland Islands as Cold War-era fears about Russian military movements start warming up again.

The AN/TPS 77 radar – which now resides on top of the island of Unst, the most northerly of the Shetland Islands, themselves the most northerly islands in the UK – was unveiled last week by the Chief of the Air Staff, Air Chief Marshal Sir Stephen Dalton.

ACM Dalton is the professional head of the RAF. His presence at the unveiling marks the importance that the RAF places on the radar head.

Although the Ministry of Defence press release talked about the Saxa Vord site as a "new RAF radar facility", the MoD had, in fact, been halfway through selling off the site altogether before wiser heads prevailed. To this day the old RAF accommodation next to the radar head is still in private hands as a hotel and leisure complex, despite the station being reactivated.

Even the radar itself is not a new item: the Lockheed Martin-made unit was relocated from RAF Staxton Wold*, near Scarborough. A German defence news website, of all places, noted some of the more interesting technical details of the radar's siting – and a really shonky graphic on their site effectively illustrates what the Saxa Vord radar gives the UK: unparalleled air coverage of the southern half of the GIUK gap.

Just to really emphasise that this is an anti-Russian radar, current Defence Secretary Gavin Williamson gave world+dog a canned quote: "We will always protect our skies from Russian aggression. This radar is a vital part of the UK's defences as we react to intensifying global threats and reinforce our ability to tackle them. Russia's actions are not limited to Europe's eastern borders – the threat to British livelihoods is severe and real."

Russia makes a habit of flying military aircraft around the North Sea, starting off from bases in northwest Russia on the far side of Norway, to test NATO air defences.

You going all Tom Clancy on us?

The GIUK gap is the bit of sea between Greenland, Iceland and the UK. Serious naval folk describe it as a "strategic chokepoint". Whoever controls the GIUK gap can either bottle up Russia's Atlantic fleet in a relatively safe place (sorry, Norway) or let it rampage across the world's seas. 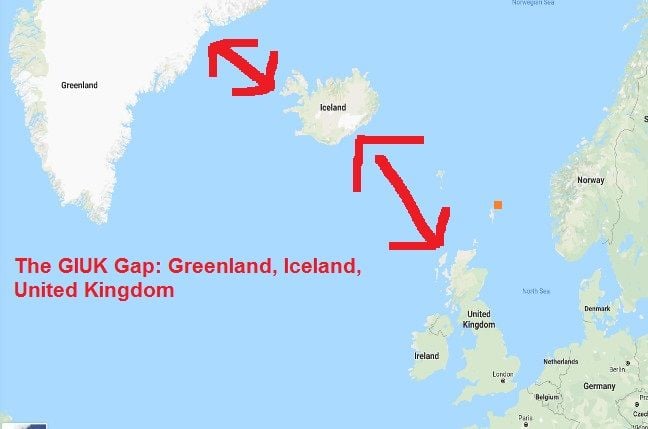 Russia's main threat to the West is posed by its fleet. Back in the days when cheery terms such as Mutually Assured Destruction were on the tip of everyone's tongue, the Russian fleet had two main jobs: get nuclear missile-carrying subs within launch range of America, and stop NATO's fleet from sailing north of Russia and getting its own nuclear missile boats within launch range.

Submarines are vulnerable to anti-submarine warships. Hence the Russians need a surface fleet sailing at the same time as the subs to distract those NATO warships and sink them. Once that surface fleet is past the GIUK gap it can do other useful things like sink NATO nuclear missile submarines, attack ships supplying Western Europe, shoot down airliners flying military reinforcements, and so on.

A Russian surface fleet sailing through the GIUK gap needs air cover to stop NATO aircraft from bombing it and sinking it. Hence that surface fleet will almost certainly include an aircraft carrier. The fighter jets from that carrier will be flying over it at a suitable height and distance to shoot down any NATO aircraft preparing to have a pop at the Russian fleet.

In turn, all of the above that means if you've got a long-range radar keeping an eye on the skies of the GIUK gap (hello, Saxa Vord), you're at an advantage over the Russians and can detect any attempt by them to make a serious dash for the Atlantic. Simple, no?

So why was this useful radar station almost flogged off?

The Saxa Vord station site was closed down in 2006. After the formal end of the Cold War, amid the peace dividend and the rapid running-down of Western militaries as the Soviet Union collapsed and resurfaced as Russia, the need for military equipment dedicated to monitoring Russian-specific threats was thought to be very low. With defence budgets under increasing pressure as politicians sensibly decided at the time that there were better things to spend public money on, Saxa Vord became a natural target for closure.

The knock-on effect to the local economy of the 100-strong RAF detachment upping sticks and leaving was predictable, but, as a local blogger notes in a long but very readable account of the station's current state, people on Unst expect it to pick up again now the regular RAF presence has been restored.

Although chunks of the station site were sold off, the critical radar head and its immediate support buildings were kept in MoD ownership – and that was just as well.

The RAF spent £10m recommissioning the station, which included moving the radar into position and then building a protective "golf ball" radome around it. The latter was vitally important, especially when bits of previous radars kept getting blown away by strong (~193kph, 120mph) winter winds.

Despite its chequered history in recent years, RAF Saxa Vord will continue to be a useful piece of kit for defending the Great British Public from marauding Russians. ®

RAF Staxton Wold was last featured on The Register when bored radar techies made a Kickstarter appeal for equipment to build a LAN gaming network. After we wrote about it, the appeal was hastily deleted.

App biz refuses to comment – but it DID write the software