Peers approve Brit film board as pr0n overlords despite concerns

Calls to iron out age-verification method and appeals process 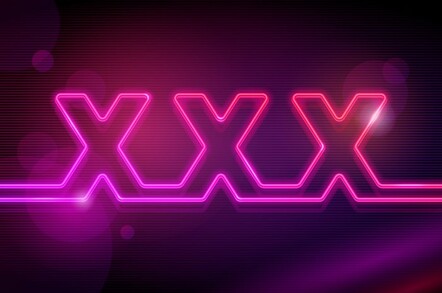 The government's Digital Economy Act requires that spank-viewing UK residents prove they are 18 or over, and it has proposed the BBFC as gatekeeper.

In the House of Lords yesterday, peers agreed to the motion – despite some having misgivings about the structure of the body.

"I still argue, and I will continue to argue, that it is not appropriate for the government to give statutory powers to a body that is essentially a private company," said Labour peer Lord Stevenson.

"The organisation and structure of the BBFC is not what you would find if it had been established under royal charter as a body operating in the public interest."

He added that he is still worried about the appeals process also being run by the BBFC – opposition peers tried unsuccessfully to have a separate body be given this role during debates on the Bill – saying it would effectively be both judge and jury.

However, culture minister Lord Ashton said that the BBFC was set up "as an independent non-governmental body with a corporate structure" and that the government had "done [its] best to ensure that the arrangements will be sufficiently independent".

Elsewhere in the debate, the minister was pressed on the time it had taken to get to the stage of designating the regulator, let alone issuing guidance. This is despite the age-verification checks due to come into force in April.

"Where we have got to is not particularly satisfactory if the general purpose of the age-verification regulator is to make sure that age verification really works and that there is not the access for young people to these pornography sites that the Act was designed to prevent," said Lord Clement-Jones.

The Lib Dem peer said that there were still concerns that the age-verification methods were not specified in enough detail in the government's draft guidance, adding that "nothing has changed" since it was being debated this time last year.

"That is extremely disappointing," said Clement-Jones. "It appears that the age-verification regulator will play an incredibly light touch role in the approval of the type of age verification that takes place."

Touching on concerns raised by privacy activists about how users' identities would be properly protected, Clement-Jones said he didn't think the privacy-by-design approach from the ICO would be "particularly onerous" for audiovisual providers and pornographers, in terms of requiring them to find an anonymised solution.

Ashton attempted to address such concerns about privacy by stressing that the government "absolutely agree" that the arrangements should only verify age, not identity.

The BBFC will work with the Information Commissioner's Office to ensure data protection standards are met by age-verification providers, Ashton said. He added that the pair are to draw up a memorandum of understanding "to ensure and clarify how they are going to work together and separate their various responsibilities".

Other questions raised during the debate were the boundaries between commercial and non-commercial services, and how to deal with extreme pornography.

"The easy question is: how is that going? Do we have any timescales?" asked Stevenson. "Do not say 'soon', please. The more difficult question is: how does that all fit together in trying to have a comprehensive package?"

Ashton argued that these were questions that would be answered in due course, and that the main point on the agenda today was designating the regulator. Only once that had happened could the regulator issue its own guidance on age-verification arrangements and that this couldn't happen until a regulator has been designated.

"If this House approves the regulator today, we will be well on the way to doing that, and we are definitely trying to do it as quickly as possible," he said.

"I am not trying to duck the issues that are still there, but they will come back and I am sure I will have to deal with them." ®

Let 15 July forever be known as P-Day: When UK's smut fans started being asked for their age

You have three months left of unfettered self-love to enjoy

Age checks for online pr0n? I've never heard of it but it sounds like a good idea – survey