Who knew sharing would transform an industry? 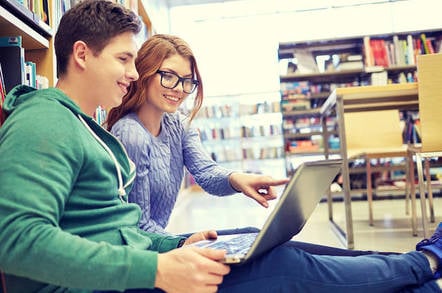 Feature Twenty years ago, the Open Source Definition (OSD) was published, providing a framework for the most significant trend in software development since then, and building upon Richard Stallman's prior advocacy for "free software."

The Open Source Initiative, a non-profit that advocates open source development and non-proprietary software, pegs the date of inception at February 3, 1998. That's when the term "open source" was proposed by Christine Peterson during a meeting convened to build upon interest arising from the decision by browser maker Netscape to release its source code.

An alternative to "free software" was sought because that term invariably requires further explanation that "free" refers to liberty rather than price. While people can and do quibble about differentiating details, both "free software" and "open source" ultimately boil down to making application and system source code available and putting the software under a license that favors user freedom.

To companies accustomed to keeping source code secret, and to intellectual property profiteers, that amounted to heresy.

In an account penned in 2006 and published on Thursday, Peterson said that other suggestions to describe software unencumbered by restrictions included "source code available," "freely distributable," "cooperatively developed," and "sourceware."

The term "open source" won, on February 5, 1998, as Peterson tells it. Stallman still prefers "free software," but that's another story.

One of the founders of the open source movement, Bruce Perens, who had previously drafted the Debian Free Software Guidelines (which would be adapted to become the OSD), puts the date at February, 9, 1998, when he published an announcement of the OSD.

Whatever the date – some time in early February two decades ago – open source took root as a practical aspiration, in a form more commercially palatable than the ideologically rigid free software movement – and the result can be seen in the today's tech industry.

"My take on open source is that it's a way to promote the idea of 'free software' to business people," said Perens in a phone interview with The Register. "It's not fundamentally different than 'free software.' It's just a way to talk about the same thing to different people."

The more moderate messaging worked. You can't throw a smartphone in Silicon Valley without hitting a business that benefits from open source software, not to mention the fact that both Android and iOS devices, for all their proprietary parts, rely on open source code in the form of Linux and Darwin.

The leading technology platform companies of the moment – Apple, Amazon, Facebook, Google, and Microsoft – all depend to varying degrees on open source software, to say nothing of the businesses today running Linux on premises or in data centers somewhere.

Microsoft deserves special mention for its embrace of open source because it was once so ardent a champion of proprietary software that in 2001 Steve Ballmer, CEO at the time, likened Linux to cancer for what the GPL (General Public License) supposedly did to intellectual property rights.

Tim Burke, veep of Linux infrastructure engineering at Red Hat, told The Register in a phone interview that while he expects proprietary software will continue to exist, particularly with regard to problems not large enough to attract a developer community, open source has become the center of innovation.

Initially, he said, open source projects represented attempts to reproduce or provide alternatives to popularly proprietary applications and operating systems. OpenOffice, for example, followed in the footsteps of Microsoft Office.

Next page: Taking a stand
Page:
Tips and corrections
85 Comments