Dell confirms: We're either going public – or VMware's gobbling us (or nothing will happen) 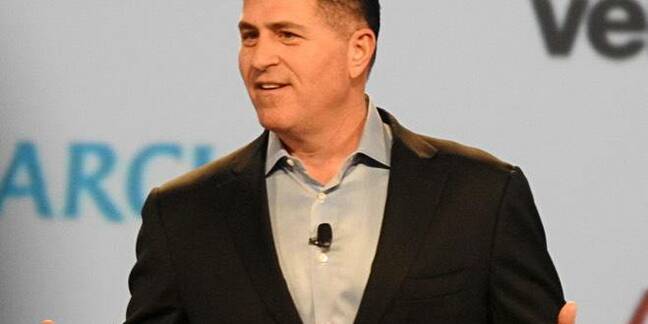 Tech titan Dell has confirmed in paperwork submitted to America's financial watchdog that it is mulling returning to the stock market as a public company, combining with its subsidiary VMware, or, er, doing nothing.

The "issuer" here is VMware, and "reporting persons" is Dell Technologies.

Dell went private in 2013 in a $24.4bn deal, bought EMC for $67bn in 2015, and is now reckoned to be encumbered with about $50bn in debt. It has a desire to reduce that debt, and the associated servicing charges.

Dell acquired VMware, which is still publicly traded, when it gobbled up EMC in 2015. Last week, rumors circulated that Dell was considering going public again, or performing a reverse-merger with VMware to tackle its debt problem.

In a statement, VMware chief exec Pat Gelsinger said: "We are not in a position to speculate on the outcome of Dell’s evaluation of potential business opportunities. Dell has been a tremendous partner since it became our majority owner and as we’ve accelerated our growth.

"We look forward to Dell’s continued support as we work to execute our growth plans in the years ahead. The VMware management team remains laser-focused on serving our customers and partners with the best portfolio of software products and services across cloud, mobile, networking and security.”

What a curious relationship Dell and its subsidiary have – and it's about to get a little bit weirder. ®