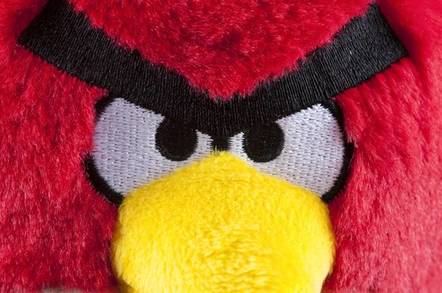 An artist was left spitting feathers after United Airlines told her she couldn't board a plane with her "emotional support" peacock.

In a video published by travel site JetSet, the woman is seen wheeling her case across the departures hall in Newark airport, New Jersey, with the large bird perched atop her shoulder, as observers ask: "I'm not kidding, this woman is wrangling her peacock into the airport... What the hell?"

The woman, New York City-based conceptual artist and photographer Ventiko, reportedly said she had a right to bring the rescue bird onboard as a "comfort animal". The idea is that furry and feathered beasts can help calm nervous travellers.

But United Airlines clearly felt the artist was winging it with her claims about the peacock and wouldn't allow it to board, despite her offers to buy it an extra seat.

According to NBC, United Airlines said Dexter the peacock did not meet the guidelines for these comfort animals "for a number of reasons, including its weight and size".

The statement added that customers are allowed to bring emotional-support animals onboard, but must "provide documentation from a medical professional and at least 48 hours advance notice".

An Instagram post from the account dexterthepeacock said he had "spent 6 hours trying to get on my flight to LA" and that his "human friends are going to drive me cross country".

Later posts show the flamboyant bird making stopovers at a diner in Pennsylvania, its "grandparents" in Indianapolis and Miami, Oklahoma – meaning it has probably been on the road for about 17 hours so far and is about halfway to LA. ®