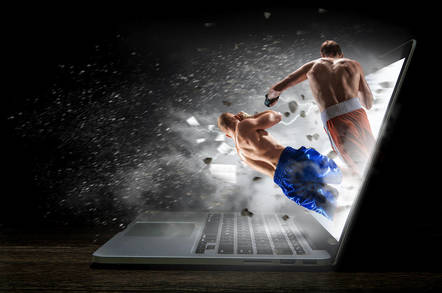 Microsoft will tighten the screws on scummy developers who use scare tactics to frighten people – particularly non-tech savvy folks – into paying for unnecessary software.

Think applications that offer to scan your Windows PC for free, and then – conveniently – claim your computer is under attack by viruses, or has serious defects, and that the only way to save your files is to fork out fifty bucks for a magic cleanup tool.

That kind of crap – the junkware you strip from relatives and friends' desktops at the weekends – is soon going to be nuked on sight by Windows Defender.

An update this week on the website of Microsoft's antivirus package states that Redmond will soon consider the aforementioned "coercive messaging" as grounds for automatically removing software as "unwanted programs."

"Programs must not display alarming or coercive messages or misleading content to pressure you into paying for additional services or performing superfluous actions," Microsoft explained.

This crackdown will hit apps that trick people into "performing other actions such as taking a survey, downloading a file, signing up for a newsletter, etc" in order to remedy bogus problems with their computers.

In short, vendors that use scare tactics to get you to install, pay for, and use their system utilities will now have to be very careful about how they advertise, least Microsoft deem their products unwanted software and flag the applications for removal.

In particular, Microsoft says, the rules will be aimed at killing off the dubious claims made by filesystem and Registry "cleaner" apps that try to charge users for performing routine or unnecessary tasks.

"This update comes in addition to our other long-standing customer protection requirements designed to keep our customers from being deceived by programs that display misleading, exaggerated, or threatening messages about a system’s health," explained Barak Shein of the Windows Defender Security Research team on Tuesday.

"This requirement aims to protect customers from programs that present aggregate 'error' results with no specific details, without providing customers with the ability to assess and validate the so-called errors."

Microsoft said the new rules will go into effect on March 1, meaning any application in violation of the rules will have one month to clean up their act, or have their software deleted from desktops by the built-in Windows Defender antivirus and other Microsoft security products. ®

Attackers can dive out of the cloud to pwn admin passwords