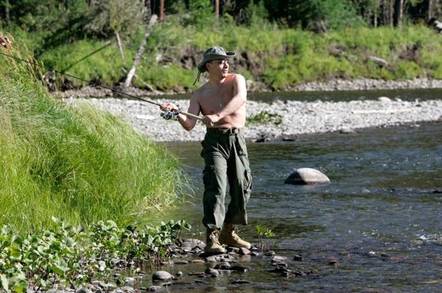 The effect of Russian trolls influencing opinion through social media is far more minor than commonly supposed, according to a new study.

It is believed Kremlin agents orchestrated efforts to manipulate public opinion on the web, often around major political events such as the US presidential election, through dedicated accounts, or "trolls". These trolls spread disinformation and fire up discord on social media, distracting people from real issues.

Researchers from Cyprus University of Technology, University College London, and the University of Alabama, analysed 27,000 tweets posted by a thousand Twitter users identified as having ties with Russian propaganda factory the Internet Research Agency, and were therefore likely to be state-sponsored trolls.

The activities of these accounts were compared against a sample of ordinary Twitter users, who acted as a baseline.

Using a statistical model known as Hawkes processes, the researchers quantified the influence that these accounts actually had on the dissemination of news on Twitter, Reddit and 4chan.

Troll accounts manage to reach a substantial number of Twitter users with their messages, but rarely succeed in making the content they were promoting spread virally.

"We find that their effect on social platforms was minor, with the significant exception of news published by the Russian state-sponsored news outlet RT (Russia Today)," the researchers concluded.

The main topics discussed by Russian trolls focused on world events (e.g. Charlottesville protests) and organisations (such as ISIS), or political discussions related to Donald Trump and Hillary Clinton. Although the topics remained consistent, trolls adopted different identities over time by changing their profile name and information, and deleting previous tweets.

"The consistent reinventing of troll accounts' identities, batch message deletion, and aggressive collection of friends and followers could prove useful for designing detection and mitigation techniques," the researchers noted.

While Twitter users typically post from mobile versions of the platform, the majority of the Russian trolls do so via the web client.

The study, Disinformation Warfare: Understanding State-Sponsored Trolls on Twitter and Their Influence on the Web, can be read here. ®