F U FCC say lawmakers as bill passes to Assembly 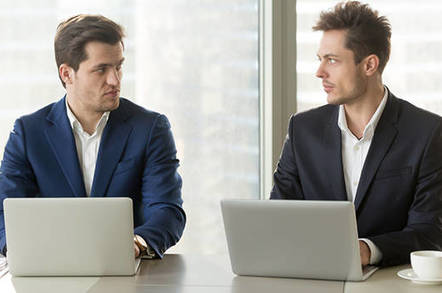 California has moved one step closer to passing net neutrality legislation in defiance of a decision by America's telecoms regulator, the FCC, to scrap the protections nationwide.

On Monday, the state Senate approved SB460 by 21 votes to 12 along party lines (one Democrat voted against the measure; no Republicans voted in support).

The draft law will now move to the state Assembly where Democrats have a comfortable majority of 53-25, making it a virtual certainty that it will be sent to the governor's office for his signature.

The bill forces internet service providers to follow the net neutrality rules that were approved by the Federal Communications Commission in 2015 but were torn up at the end of 2017.

The bill is not the only one intended to install net neutrality protections into law either: a second bill in the California Senate, SB822, is also being drafted.

The legislation is just one part of a larger battle against the FCC for scrapping its previous rules: California's attorney general is one of 22 states attorneys general that have sued the FCC in Washington DC challenging its decision.

Earlier this month, the governor of Montana signed an executive order that prohibited states agencies from using ISPs that don't follow net neutrality rules; a decision that was followed by the governor of New York two days later.

However, in a classic tale of state versus federal rights, the FCC has already argued that its rules take precedence over anything that states may come up with. FCC staff claim that internet access is an interstate service and as such authority rests with the federal regulator.

Even if that argument is taken to be true, however, the FCC's decision to scrap the previous rules doesn't necessarily mean that the states' new rules conflict with the federal regulator. The FCC has simply got rid of the rules, claiming they were unnecessary. It would have to claim that state rules were actively subverting federal rules to have a case.

It's not clear that the FCC wants to move from a position of lifting regulatory barriers to one where it actively enforces a no-rules policy and tries to prevent others from introducing their own.

But given the FCC's extraordinary subservience to the cable industry, most obvious in the behavior of its chairman Ajit Pai, anything is possible. It is worth noting that on this question of state laws reintroducing net neutrality rules, the FCC and Pai in particular have parroted the talking points of the cable industry.

How do we know? Because, amazingly, the wireless comms trade association CTIA sent a letter to Pai back in November in which it outlined a full legal strategy for defeating state efforts to reintroduce net neutrality protections.

That strategy has some pretty obvious legal holes in it but so far at least the FCC has been following it play by play. When California does pass net neutrality legislation, it will likely act as the test case if the FCC does decide to take the issue to the courts.

That process would then take several more years, further maintaining a decade-long uncertainty over the rules that cover internet access in the one of the most advanced economies in the world. Plus of course, before that case is over, it is all too possible that leadership of the FCC changes hands again to the Democratic Party and the new FCC chair seeks to reimpose the old rules.

It's a mess and the only good solution is comprehensive telecoms legislation written for the internet age by Congress. But with Congress increasingly stuck in its own bipartisan rut, even that solution is likely to devolve into an endless pitched battle.

Still, if you're able to read this article then it's not all bad. ®