Trump White House mulls nationalizing 5G... an idea going down like 'a balloon made out of a Ford Pinto' 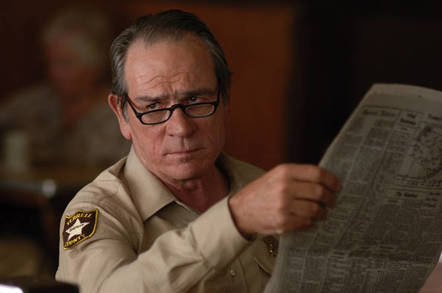 A proposal by the Trump administration to effectively nationalize next-generation 5G networks in America triggered an angry reaction from the mobile industry, former government officials, and federal regulator the FCC.

According to a leaked 30-page document [PDF], the White House is considering getting the federal government to pay for and build a single nationwide high-speed 5G cellular network which it will lease to mobile operators.

While that approach may have some advantages, it would also represent a huge reversal from today's capitalist system where mobile operators ostensibly build their own networks and compete with one another. As such, the idea of a federal network has not gone down well with the industry.

There is nothing that would slam the breaks [sic] more quickly on our hard-won momentum to be the leader in the global race for 5G network deployment more quickly than the federal government stepping-in to build those networks. The best way to future-proof the nation’s communications networks is to continue to encourage and incentivize America’s broadband companies – working hand-in-glove with the rest of the internet ecosystem, and in partnership with government, to continue do what we do best: invest, innovate, and lead.

A former head of the National Telecommunications and Information Administration (NTIA) – the US government wing that oversees such policies – was less diplomatic. "This sounds like an intern project," said Larry Strickling at an internet policy conference in Washington DC on Monday morning.

His successor David Redl gave a keynote speech today at the same conference. He did not directly mention the nationalization plan, but did note: "Last year, the President made it clear that 5G network security is a critical element of our national security."

He added that, especially with the internet of things, "security both in the device and in the network itself will be important to ensuring not only our national leadership in wireless, but also to ensuring access to a vital part of our national economy."

When it came to the idea of the federal government building its own network, he was oblique: "NTIA will continue to work with our colleagues across the Federal government to coordinate a national strategy on spectrum access and will work the private sector to ensure that the standards process for 5G wireless services continue to promote our national interest in security."

The leadership of the FCC, America's broadband watchdog, was less obtuse. All five FCC commissioners rushed out statements criticizing the proposal.

"I oppose any proposal for the federal government to build and operate a nationwide 5G network," said chairman Ajit Pai. "The main lesson to draw from the wireless sector’s development over the past three decades - including American leadership in 4G - is that the market, not government, is best positioned to drive innovation and investment… Any federal effort to construct a nationalized 5G network would be a costly and counterproductive distraction from the policies we need to help the United States win the 5G future."

Commissioner Michael O'Reilly was more blunt: "I've seen lead balloons tried in DC before but this is like a balloon made out of a Ford Pinto." He called the proposal "nonsensical." Likewise, Commissioner Brendan Carr said "any suggestion that the federal government should build and operate a nationwide 5G network is a non-starter."

Commissioner Mignon Clyburn said in a statement: "A network built by the federal government, I fear, does not leverage the best approach needed for our nation to win the 5G race." And Commissioner Jessica Rosenworcel tweeted: "This correctly diagnoses a real problem. There is a worldwide race to lead in 5G and other nations are poised to win. But the remedy proposed here really misses the mark."

So far the mobile operators themselves have refused to directly comment on the proposal.

Aside from the remarkably swift condemnation – the plan was only revealed one day earlier when it was leaked to online news site Axios – it is the statement by Rosenworcel that sheds most light on what happened.

The proposal was developed by a senior official on the National Security Council, and has as it main focus fears over security and in particular concerns that China may be able to hack a future 5G network because Chinese companies are the leading makers of 5G infrastructure hardware and software.

Essentially, it is feared Beijing will backdoor all the kit going into America's next-gen wireless broadband networks. And if anything's going to be backdoored around here then, by God, it's going to have American backdoors.

"China has achieved a dominant position in the manufacture and operation of network infrastructure," reads a bullet point on a presentation deck. The next reads: "China is the dominant malicious actor in the information domain."

But the US can catch up, the presentation argues, and pushes the idea of a federally built 5G network as the modern day equivalent of President Eisenhower's national highway system or President Kennedy's space race.

It even falls back on the US government's long-held desire to export American ideals to the rest of the globe. "Eventually, this effort could help inoculate developing countries against Chinese neo-colonial behavior," the memo reads.

Next page: The pros and cons
Page:
Tips and corrections
45 Comments