UNESCO to decide next year 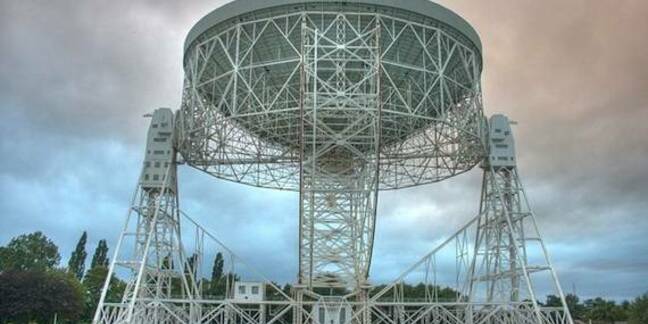 Jodrell Bank Observatory has been nominated as the UK's entry for World Heritage status.

If awarded, Jodrell Bank will join the UK's 31 existing World Heritage Sites, which include Kew Gardens, Giant's Causeway, and the Lake District, which was added to the list last year.

The site has been in operation since 1945, and is the earliest radio observatory still in use. It now contains the Jodrell Bank Centre for Astrophysics (JBCA), part of the University of Manchester, and the Discovery Centre for visitors.

Jodrell Bank has been culturally important for decades. The observatory's Lovell Telescope and Mark II Telescope are Grade I-listed buildings, with five other structures on the site classified as Grade II. It has hosted several concerts and TV recordings, and has appeared in popular works such as Doctor Who and The Hitchhiker's Guide to the Galaxy.

The nomination will be first assessed by the International Council of Sites and Monuments, before UNESCO's World Heritage Committee in 2019 makes the final decision.

Minister for arts, heritage and tourism Michael Ellis said: "Jodrell Bank played a central role in transforming our understanding of the universe and is therefore a site of global importance.

"The nomination process for UNESCO is rightly thorough but I believe Jodrell Bank deserves to be recognised.

"The diverse heritage of the UK is world renowned and the observatory would be a worthy addition to our list of World Heritage Sites."

Professor Teresa Anderson, director of Jodrell Bank Discovery Centre, said: "The Jodrell Bank Observatory, and Lovell Telescope in particular, have become icons of science and engineering around the world and we're delighted to reach this milestone. We have been preparing the case for nomination for inclusion of Jodrell Bank on the World Heritage list for several years now and we look forward to showcasing its rich scientific heritage on the international stage."

Associate Director of the JBCA Professor Tim O'Brien said: "Jodrell Bank really is an iconic site and institution, not just here in the northwest of England but to people around the world.

"It is the one remaining site worldwide which has been a working observatory from the very first days of radio astronomy to the present day. It's important that we protect its rich heritage as we celebrate its current and future work." ®