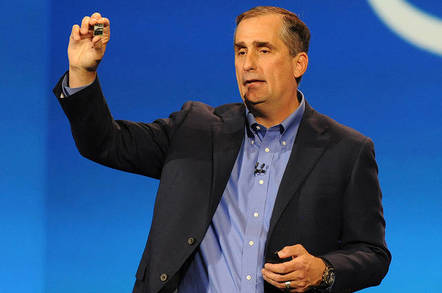 Intel quietly warned computer manufacturers at the end of November that its chips were insecure due to design flaws, according to an internal Chipzilla document.

French tech publication LeMagIT reported this week it had obtained a top-secret Intel memo sent to OEM customers on November 29 under a confidentiality and non-disclosure agreement, meaning the hardware makers were banned from discussing the file's contents.

That date is about six months after the chip maker was warned in June 2017 about the blunders in its blueprints by researchers at Google and university academics.

On Wednesday this week, LeMagIT's Christophe Bardy revealed the first page of that 11-page document, titled "Technical Advisory", from the Intel Product Security Incident Response Team. It describes the security vulnerabilities we now know as Meltdown and Spectre, and when it planned to go public.

It stresses that the issue should remain absolutely confidential. Recipients should "encrypt any sensitive details using our PGP key" if they had "any questions, requests for technical details or proposed coordination with other parties", the note added.

The flaws would be publicly disclosed in an Intel security advisory on January 9, Intel said in its memo (failing to predict El Reg's scoop on January 2.)

The date of the disclosure to OEMs is likely to raise eyebrows as it happened on the same day Intel chief exec Brian Krzanich sold shares in his company worth $25m before tax.

Intel has denied any impropriety, saying Krzanich's decision to sell was part of a standard stock sale plan that had been organized in October.

At the end of November – when the general public was none the wiser – the stock dump was seen as notable because Krzanich sold about half his Chipzilla shares, keeping the minimum of 250,000 required under his employment contract.

After The Register revealed the processor design flaws, Intel's stock price dropped at least eight per cent – enough to trigger lawsuits from investors seeking to recoup their losses.

The company's quarterly results are due out later today – and execs will no doubt be preparing for a grilling from analysts on the earning call. ®