Immigrants, and those who employ them, had better be legit 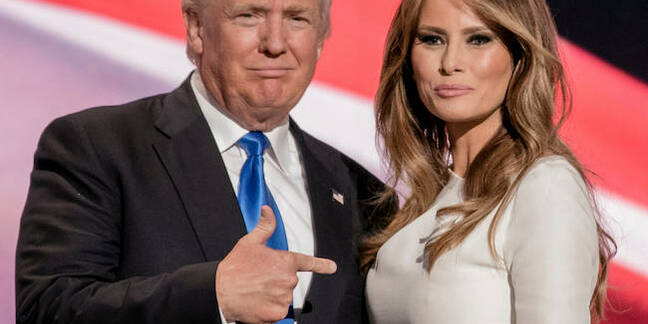 This immigrant's OK, but the rest of you...

Following President Donald Trump's demands for a crackdown on H-1B visas, there has been a radical shift in how US immigration officials handle applications for the program.

Every year, Uncle Sam allocates 65,000 H-1B visas for highly skilled foreigners keen to work in the Land of the Free™, with an additional 20,000 reserved for overseas folks with a master's degree. Trump pointed out, rightly or wrongly, that the system was being abused by big corporations, particularly technology giants, to depress wages and replace American workers with lower-paid overseas employees.

In April, he signed an executive order demanding reforms, however, a full overhaul would require legislation passed by Congress. While laws are being put together, they have yet to get past both the Senate and the House of Reps.

In the meantime, however, immigration officials, empowered by President Trump, are taking a tougher line on H-1B applicants and other foreigners hoping to make a better life in the States. That means much more scrutiny and deeper background checks, which in turn means hopefuls applying for visas have to ensure every 'i' is dotted and every 't' is crossed.

"We have seen an overwhelming spike in requests for information on new petitions as the authorities look harder at H-1B applicants," immigration attorney Jason Finkelman told The Register on Tuesday.

People applying for green cards – officially known as permanent residency – are also facing intense examination, including probing interviews. "In-person interviews for permanent residents used to be rare, now pretty much everyone gets one," said Finkelman, who runs a practice in Austin, Texas. "We're also seeing more extreme vetting at airports. We're inferring that this is down to the executive order."

He said that there has been a marked shift in the enforcement of H-1Bs, too. The authorities are now going around to businesses and checking that the H-1B staff they have on the books are in the right location and doing the roles they received their visas for and are trained in – and any employer who isn’t playing by the rules could face fraud charges.

H-1B visa-holders are supposed to be paid a comparable wage to skilled US workers, and this too has come under scrutiny. Finkelman has said he now advises bosses filing for H-1B applications that they have a better chance of success if they don’t pay foreign staff the bare minimum allowed wage.

When it comes to extending a visa's expiry date, the policy has also changed. It used to be that if you already previously extended your lawful stay in America, a further extension would also be granted in most cases. Now all extensions are gone over with a fine-tooth comb for anything, any reason, to deny someone an extension.

Under President Trump, who has vowed to put "America first," United States Citizenship and Immigration Services staff look for "gotchas," said Finkelman – that is to say, a detail or an oversight in a foreigner's paperwork officials can seize upon to send said non-citizen home.

As you might expect, people lucky enough to have green cards are scrambling to apply for citizenship to cement their stay in America.

"Another thing we've seen is a massive increase in permanent residents becoming US citizens in the last year, even people who have been here with green cards for 30 or 40 years," the attorney said. "I suspect people are getting nervous and don’t want the risk of deportation hanging over their heads."

Just this month, a doctor born in Poland who moved to the US as a child and has held a green card since 1989 is now facing deportation for scuffles he got into as a teenager. ®

Yeah, about that contract you signed with Immigration and Customs Enforcement...