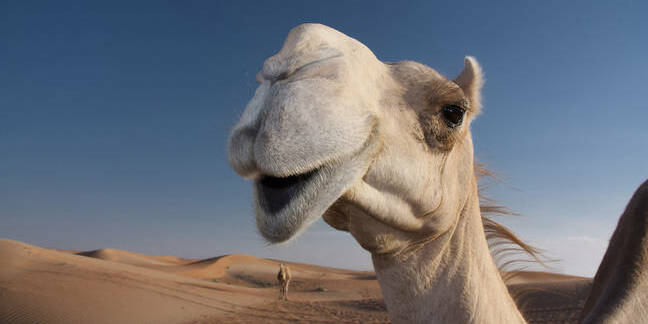 Twelve cheating camels have been disqualified from a Saudi beauty pageant for having Botox injections to enhance their pouts.

The contestants were due to compete in King Abdul Aziz Camel Festival festival, which has combined prize money of $57m (£40m).

A vet had been caught giving camels plastic surgery including Botox injections and ear reductions.

Ali Al Mazrouei, 31, a regular attendee at Gulf festivals and son of an Emirati breeder, told The National: "They use Botox for the lips, the nose, the upper lips, the lower lips and even the jaw... It makes the head more inflated so when the camel comes it's like, 'Oh look at how big is that head is. It has big lips, a big nose'."

Ali Obaid, a camel owner and pageant guide, told the paper: "For example they start to pull the lips of the camel, they pull it by hand like this every day to make it longer. Secondly, they use hormones to make it more muscular and Botox makes the head bigger and bigger. Everyone wants to be a winner."

Meanwhile, Al Mazourei opined: “The people who are just in the camel competition to make it more valuable, they are cheating everyone. A fine should be applied. In camel racing, whoever is using drugs is fined about 50,000 Dirhams in Abu Dhabi." Fines are not yet applied to "beauty camels," he said.

Last year, Saudi Arabia granted citizenship to a robot instantly elevating its rights above those of women within the Middle Eastern country. ®