UK Army chief: Russia could totally pwn us with cable-cutting and hax0rs 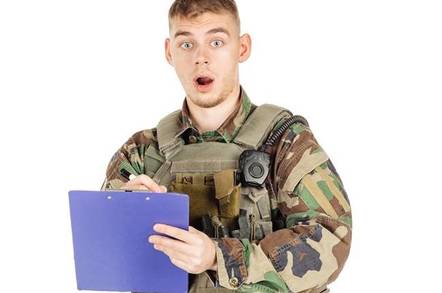 The UK needs to invest in up-to-date army tech, including protection from cyber attacks, the Ministry of Defence's chief of general staff will warn today.

In a speech to be given today at defence think tank, the Royal United Services Institute (RUSI), General Sir Nick Carter will warn of the military capabilities of Putin's administration and the threats it poses.

One such danger is towards undersea cables, as discussed by a Policy Exchange report and a previous speech to the RUSI by Air Chief Marshall Sir Stuart Peach. Movements by Russian Navy "intelligence ships" have been centred around these important lines of communication, and the cutting of the main comms line in the Crimean peninsula during its annexation of the region shows precedence.

The speech will also discuss the Russians' long-range strike capabilities and other areas where Carter feels the UK is lagging behind.

This comes after calls from MPs to increase defence spending, as well as reports of plans to cut down and consolidate the Armed Forces to save £20bn despite opposition from defence minister Gavin Williamson, who has reportedly given his approval to Carter's lecture.

"The threats we face are not thousands of miles away but are now on Europe's doorstep – we have seen how cyber warfare can be both waged on the battlefield and to disrupt normal people's lives – we in the UK are not immune from that," an excerpt from Carter's upcoming speech reads.

"We must take notice of what is going on around us or our ability to take action will be massively constrained. Speed of decision making, speed of deployment and modern capability are essential if we wish to provide realistic deterrence.

"The time to address these threats is now – we cannot afford to sit back."

Concerns around the Russian cybersecurity threat have been growing in recent months, leading to a government ban on the use of Russian-made antivirus software on its own computers; while Ciaran Martin, chief exec of the National Cyber Security Centre, revealed that hackers acting on behalf of Russia had targeted the UK's telecommunications, media and energy sectors.

Foreign Secretary Boris Johnson also warned during a trip to Moscow that the UK would not stand for Russian cyber attacks and would retaliate to protect its interests. ®