Figures are growing but still puny compared to profits 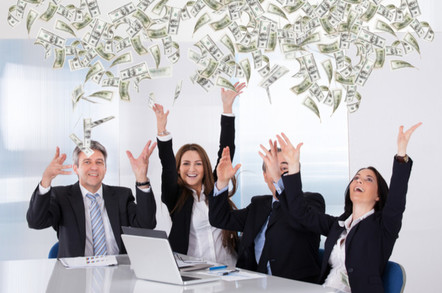 Over the next few weeks Facebook, Amazon and Google’s owner Alphabet report full-year results. Inevitably, this will reopen debate on whether big technology companies pay enough tax in countries outside the US bases, something that's been discussed for several years. The difference is that now politicians in several countries are talking about and implementing changes that could mean such companies pay significantly more in future.

As a result of President Donald Trump’s recent tax changes, some US multinationals are bringing home money earned internationally and held offshore. Earlier this month, Apple said it would pay $38bn (£27bn) in repatriation taxes – but while it presented this as part of supporting the American economy, it was presumably tempted by the bargain 15.5 per cent rate it will pay on the $250bn cash-pile in question.

One-off moves don’t change the fact that tech giants are likely to continue to make vast amounts of money overseas, on which they often pay little tax. This has sparked criticism and some countries and companies have already made changes, although generally with underwhelming results. In December, Facebook said it would book non-US advertising by major clients in countries where it has offices, rather than through its international HQ in low-tax Ireland.

But this has been the case for nearly two years in Britain, and has not made that much difference. For a start, those buying self-service ads still go through Facebook Ireland. And Facebook UK’s most recent accounts, covering the year to 31 December 2016 which included nine months of UK-based major client sales, showed (PDF) that while turnover quadrupled from £211m to £842m, corporation tax barely increased, ticking up from £4.2m to £5.1m.

Ireland's tax arrangements are as clear as a pint of Guinness

This is a bit more than the £4,327 the company paid in UK corporation tax in 2014, when it made use of a "Double Irish" tax arrangement to greatly reduce the tax it paid in Ireland too, an option which will be abolished in 2020. But its 2016 UK corporation tax is still equivalent to just 0.6 per cent of its British subsidiary’s turnover.

How do the other tech giants compare? Google UK’s most recent accounts, for the year ending 30 June 2016, show it paying £25.1m in corporation tax, equivalent to 2.4 per cent of its £1.04bn turnover (PDF). On the face of it, this is a similar proportion to the £86.8m paid in corporation the year to 2 March 2017 by UK hotel and coffee group Whitbread, equivalent to 2.8 per cent of its £3.1bn turnover. However, Google’s parent company Alphabet disclosed in its annual report that it made $7.787bn (£6.32bn at that time) from UK-based customers in the year ending 31 December 2016, making that £25.1m equivalent to about 0.4 per cent of actual UK revenue.

Amazon UK Services paid (PDF) just £1.34m corporation tax in the year ending 31 December 2016, less than 0.1 per cent of the British subsidiary’s turnover of £1.462bn. Amazon is hardly a stranger to tax controversy, having run its European e-book sales through Luxembourg to take advantage of that country’s low VAT rate, until this was banned. However, Amazon globally operates on thin profit margins, with a 2016 net income of $2.37bn on total net sales of $136bn, partly by choice and partly because much of its business involves selling physical things which it has to buy first. By contrast, Alphabet and Facebook sell their own digital services, largely relying on data harvested without charge from the world’s population. In 2016 Alphabet globally made $19.5bn net income on its $90.3bn revenue, while Facebook made $10.2bn on $27.6bn revenue.

Google UK coughs up £130m back taxes. Is it enough?

There are two ways that multinational companies can, quite legally, protect their profits from corporate taxes. Facebook is moving away from the first, of booking revenue in low-tax countries such as Ireland, rather than in the country where customers are located. But there is another that is nearly as effective, which involves recognising revenue nationally but shifting profits. This can be achieved by national subsidiaries paying a lower-taxed subsidiary for the likes of administrative services or the licensing of intellectual property. There are international rules on "transfer pricing" – the prices charged by different parts of the same group – to tackle this kind of avoidance, but these are easier to apply to physical goods than intangibles.

“The bottom line is to reduce the level of profit, not the turnover,” says Tommaso Faccio, head of secretariat at the Independent Commission for the Reform of International Corporate Taxation and a lecturer on accounting at Nottingham University Business School. He says that Facebook is making such changes to get ahead of pressure from several countries to pay more tax. “This generates additional revenues for governments. The question is how much that revenue is going to be.”