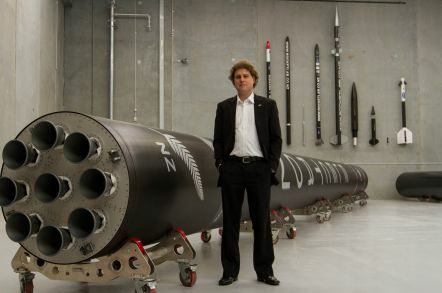 Founded in New Zealand by CEO/CTO Peter Beck, the company has spent 12 years developing a launch capability for cubesat-sized payloads up to 150 kg for not many millions of dollars.

In May last year, the outfit successfully launched its Electron rocket, but a glitch prevented it from reaching orbit. But on Sunday, January 21st, an Electron named “Still Testing” launched from the company's own launch site on the Mahia Peninsula in New Zealand's North Island delivered three satellites to orbit.

One is an Earth-imaging cubesat owned by Planet Labs, and the other two will collect ship tracking and weather data for Spire Global.

The launch countdown starts at 14:49 in the video below.

The two-stage Electron uses liquid-fuelled Rutherford engines. Wherever possible, the company uses carbon composites rather than metal to save weight, with additive manufacture figuring heavily in the rocket's construction.

The Rutherford engines are fed by electric motors rather than the complex gas generators common in larger launchers.

Rocket Lab became an international concern in 2014 when it opened a US operation to help recruit rocket scientists into the project. ®