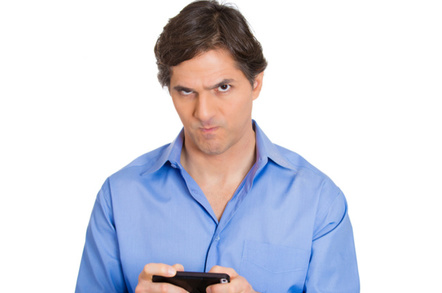 TalkTalk, Post Office and Vodafone were the most-complained-about telecoms service providers in the UK between July and September 2017, according to an Ofcom report released today.

The British communications regulator's numbers are based on complaints to the six or seven largest players in each sector, which together make up over 90 per cent of the market. Ofcom notes that there was a slight increase in complaints when compared to the previous April-June period for landlines, while broadband and pay-monthly mobile remained stable.

TalkTalk has repeatedly topped Ofcom's quarterly league table for most whinged-about broadband provider. It was also named worst ISP in the last biannual survey of providers by consumer charity Which? for the fifth consecutive time.

The Register asked TalkTalk what it is doing to address its abysmal track record.

A spokesperson said: "We are obviously disappointed by these figures. Ofcom's historical data covers a period last year (July-September) when we closed our customer service operations in India which caused some temporary disruption.

"That move, and a radical shift to self serve, has already delivered a material improvement in customer satisfaction and we expect complaint data for 2018 to reduce significantly."

The volume of whining for mobile networks was lower than for the other two markets, Vodafone topping the chart with 10 complaints per 100,000, followed by BT, TalkTalk and Virgin Mobile on nine, eight and eight respectively. The major source of customer fussing Ofcom identified for Vodafone was its billing and pricing.

Vodafone was slapped with a record fine of £4.6m by Ofcom for misselling to customers, inaccurate billing and poor complaints handling on 2016. Since then the firm implemented a "system-wide change" so the error "cannot be repeated in future".

Meanwhile, grocery giant Tesco only got 1 complaint per 100,000 about its mobile offerings.

For landline, the worst provider was the Post Office. Ofcom attributes this to its takeover of Fuel Broadband, which led to problems with service provision and complaints handling. Sky had the fewest grumbles again, with six per 100,000.

Jane Rumble, Ofcom's director of consumer policy, said in a statement: "We're shining a light on how different providers perform, and it's clear many need to up their game on service quality and complaints handling.

"People expect high standards from their providers, and companies must put their customers first." ®