.UK overseer Nominet abandons its own charitable foundation – and why this matters 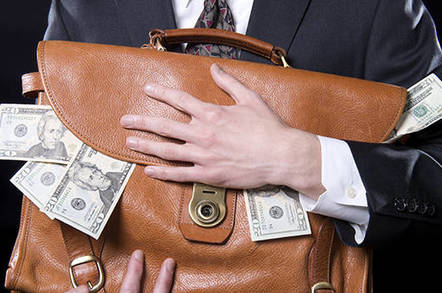 Special report Nominet, which runs the UK's domain-name registry, has abandoned its own charitable foundation, raising questions about the organization's direction and accountability.

In an email earlier this week, CEO Russell Haworth stunned members of the non-profit, public-interest outfit by announcing that he was withdrawing from the Nominet Trust – a foundation set up over a decade ago by Nominet's board to deal with excess revenue from registrations of .uk domain names.

"We've been working with Nominet Trust to think about how best to deliver public benefit," Haworth wrote. "It became clear that the grant-giving, single funder model we set up in 2008 was not the most effective route to greatest impact moving forward. With that in mind, we have agreed that Nominet Trust should be free to attract other investors in order to fulfill their social tech ambitions."

"The Trust will evolve into a separate entity with different governance and funding structures, and a new name," Haworth noted. "Nominet will be involved as a member during the transition period."

The same day as the announcement, Nominet Trust's chair of trustees Natalie Campbell formally resigned as did two of its directors, Nora Nanayakkara – a former Nominet board member – and Jemima Rellie.

The exodus matches a similar one in 2015, a few months after Haworth took over as CEO, when the entire Nominet Trust team, including its chief exec, chair, five of its six trustees, and most of its senior staff all resigned en masse.

No reason was given for that mass resignation, and it merited only a single sentence mention in Nominet's board minutes. A formal announcement on the resignations has since been scrubbed from the Nominet Trust's website. No mentions of the latest resignations appears either, with the shake-up only tangentially being referred to in a trust blog post that argues "the most effective way to scale our social impact is by establishing our independence from Nominet."

Nominet is the sole funder of its namesake trust and has given it £44m since 2008, with most of that spent on good causes and wholesome projects related to technology. In 2016, the trust received £4m from Nominet, spent $795,000 on wages and administration, and allocated the rest in grants to 18 different tech-based projects. Its 2017 figures have yet to be made public, although Nominet's accounts show a £5.4m donation.

We asked Nominet whether it will cease funding the trust. A spokesperson told us: "Nominet Trust is in a healthy financial position and is continuing running its programmes. For now, it is business as usual."

We asked again whether Nominet would continue funding its namesake trust in 2018, or whether it would guarantee a certain level of income if the trust was unable to raise sufficient cash from other sources. We did not receive an answer.

The withdrawal from its own trust is just the latest in an escalating number of concerns over how the .uk overlord is being managed.

As the government-designed operator of the UK's internet registry – one of the largest in the world with more than ten million domain names – Nominet benefits from stable annual revenue of £30m.

The organization was set up as a non-profit, public-interest member-focused organization, however, under its previous CEO, Lesley Cowley, that structure was slowly changed to give the board more power over the outfit and its funds, resulting in a decade-long fight between members and management.

It was a fight that management eventually won but which resulted in the resignations of Cowley, chair Bob Gilbert and a number of senior staff.

Since the arrival of Russell Haworth as chief exec, that shift from non-profit with a strong public benefit remit to a profit-seeking investment vehicle has accelerated. Haworth was previously an acquisition and venture specialist with a focus on software who had no experience of the internet registry market.

Under Haworth, the organization also ignored the recommendations of an independent study into its governance that it had itself commissioned; recommendations that would have given members a greater say in Nominet's direction.

What really concerns members, however, is that the registry may be using the largely guaranteed .uk cash firehose to fund unrelated business expansions, including into loss-making ventures, rather than bankrolling good causes.

In November 2015, the org raised its prices by 50 per cent citing vague "additional costs." A year later, members started asking questions about contracts that Nominet had signed to run dozens of new domain registries.

Industry insiders strongly suspected that Nominet won those contracts by offering below-market rates, effectively using profits from the .uk registry to fund a loss-making expansion from its .uk stronghold into the broader registry market.

While Nominet charges £3.75 a year for each .uk domain name, it is reportedly only charging the equivalent of £1 a domain to run the backends for dozens of other registries ranging from .blog to .vodka.

Next page: Over the lifetime
Page:
Tips and corrections
47 Comments