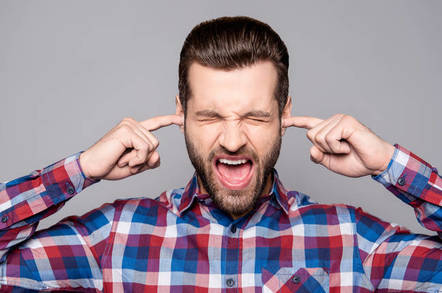 CEO Bill McDermott has pledged to improve the SAP Community network previously slammed by members for offering a crap user experience and being another mechanism to push marketing messages.

The SAP Community is supposed to be a forum for developers, mentors and tech users to discuss problems and share tips – but over the years it has lost affiliates and direction.

One SAP dev, Michelle Crapo, last year described the SAP Community as a "gigantic whale slowing bleeding out" and lamented an excess of product placements on the site.

Jarret Pazahanick, an SAP mentor alumni, agreed the community had once been a "crown jewel for SAP".

But he said that "due to multiple re-platform changes, poor strategic decisions, lack of follow through and commitment it has become a shell of its former self, with very poor usability and only a small percentage of quality content and engagement from what it was in the heyday".

Acknowledging such concerns – which are widespread among SAP's users – McDermott yesterday said he knew people felt "the community's voice had been diminished".

In a blog post, he said the community had "drifted" away from the things that made it a success, with a series of user experience changes that "frustrated our community and eroded some of the participation".

In particular, users complained that old posts were archived in a way that made it nigh impossible to search for content, while a lack of email alerts meant they weren't as engaged in discussions on the network.

But a seemingly bigger concern was the amount of promotional material, with one user saying that they "tend to steer clear of any SAP-owned site these days for fear of being bombarded with S/4 and HANA marketing detritus".

McDermott admitted that SAP had "let the impression linger that SAP was using our community simply as another channel to promote our corporate messages".

However, he moved to allay these concerns, claiming SAP understood the network qas "not a marketing platform"; a view he later reiterated on Twitter.

I agree Greg. We can't dump our corporate content there and expect it to be successful. @_bgoerke

In a bid to demonstrate that SAP is serious about returning the community to developers, McDermott announced that it would now be led by chief technology officer Bjoern Goerke.

He will be supported by head of developer relations Thomas Grassl, who said the aim was to encourage more widespread use of the network.

Exciting times, looking forward to a broader engagement and collaboration across all community members - you are the backbone of SAP https://t.co/6JBu8mCDYA

The pledge was welcomed by SAP users and observers – however, they also pointed out the leadership needed to put its money where its mouth is.

"Delivery, execution and clear communication will be extremely important to monitor as SAP already has several larger higher priority initiatives such as fixing Indirect Licensing on its plate," said Pazahanick.

"It is important to note that SAP has been talking about fixing the community for the past three years with very little progress."

He also said the community was now in competition with blogging platforms like LinkedIn, adding that the first steps should be to fix user experience and usability, as well as to "try to re-engage with thought leaders to create content that will help customers".

Colleen Hebbert, an independent SAP security consultant, agreed, noting the knock-on effect the reduction in blogging had had on the community.

"We've had a domino effect as content consumers look elsewhere due to lack of quality content producers. This in turn discourages content producers as they struggle to find their audience," she wrote on McDermott's blog.

"I'm hopeful we see a break in this cycle in 2018 as people decide to give community another go and become active again." ®