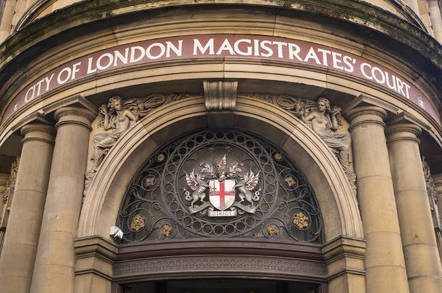 Updated A former Santander bank manager has pleaded guilty to £15,000 worth of computer misuse crimes after her boyfriend talked her into giving him illicitly obtained customer information.

This morning at the City of London Magistrates' Court in England, Abiola Ajibade, 24, of Martock Court, Consort Road, Southwark, pleaded guilty to "causing a computer to perform a function to secure unauthorised access to a program or data" contrary to section 1 of the Computer Misuse Act 1990.

Her crimes took place over the course of a year, starting in August 2015 when she was aged 22. The court heard that the total value of the fraudulent transactions enabled by Ajibade was £15,000.

Crown prosecutor Janaka Siriwardena, of Temple Gate Chambers, told the court: "Fraud investigators at Santander reported to police that Miss Ajibade may have had some kind of suspicious activity... Her unique staff ID was linked to a disproportionate number of Santander customer accounts which suffered fraud."

Following a report to the City of London Police's fraud investigation branch, police arrested Ajibade, seizing her phone and Macbook. She provided them with the passwords for both, allowing police to see that she had sent messages to a man named in court as Melwin Williams, who, at the time, was her boyfriend.

"It was found that certain information, that was pertinent to those customers who had fraud committed against them, was sent to this Mr Williams," Siriwardena said, adding that Williams was also investigated by police but was "NFA'd" – his case was formally marked No Further Action.

District Judge Nina Tempia said: "Her boyfriend asked her to access information on a Santander computer. She doesn't ask why and she gives him the information on four separate occasions through the year."

Although the charges were originally brought under section 2 of the Computer Misuse Act 1990, Ajibade pleaded guilty under section 1. The section 1 offence, it was explained, does not require mens rea – criminal intent – to be proven.

Ajibade's defence counsel told the court: "There's elements of being taken advantage of... [Ajibade] is now studying HR management at the Greenwich School of Management. She's been doing that part-time since 2015 but has since gone full-time... She's extremely remorseful, no intention at all, should have thought it through. I would ask that you consider her age and relative level of immaturity, these do go back some time and she was much younger then."

The court also heard that Ajibade and Williams have since ended their relationship, and she was also sacked from Santander.

Tempia, who will be known to Register readers as the judge who initially ruled that accused hacker Lauri Love should be extradited to America to stand trial, ordered the hearing adjourned for probation reports on Ajibade to be prepared before sentencing.

The judge granted unconditional bail until the afternoon, warning her: "All options are on the table including committal" [to Crown court for a harsher sentence to be imposed].

Black-suited Ajibade pressed her hands together and bowed her head as the suggestion of a prison sentence was made. ®

Ajibade was handed a 12-month community order for 160 hours of unpaid work, fined £300 and ordered to pay a victim surcharge of £85.