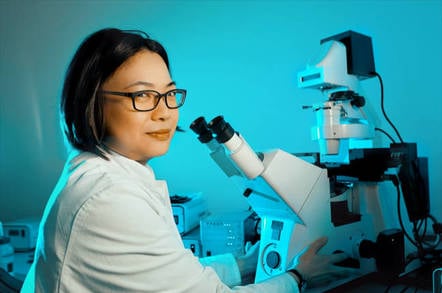 The UK government's "muddled" attempt to boost skills in science, technology, engineering and mathematics (STEM) risks wasting taxpayers' money, according to a report by the National Audit Office today.

Since the early 2000s there has been growing concern about how to achieve higher productivity and economic growth in an era of rapid technological change. But the NAO's report found that the greatest flaw in the government's approach is the lack of agreed definitions on what a STEM job is.

It points to roles such as managing IT in a non-STEM business, or doing HR in a STEM business as indicators of the difficulty of classification, but states that the government "does not currently have a robust, independent evidence base that defines the STEM skills problem".

According to research, of 75,000 people who graduated with a STEM degree in 2016, only around 24 per cent were known to be working in a STEM occupation within six months.

"Our research indicates that there are particular shortages of STEM skills at technician level, but an oversupply in other areas, such as biological science graduates, who are then often underemployed in an economy in which they are not in high demand," said the report.

Meg Hillier MP, who chairs the Committee of Public Accounts, said in a statement: "It is all very well saying we need more STEM skills. But as the NAO's report shows, the government hasn't done its homework. It doesn't understand what specific skills businesses really need, and it doesn't know what the most effective way is of making sure people develop them.

"Until government sorts out its muddled thinking, we risk wasting taxpayers' money on the wrong initiatives, and hindering our ability to compete on the global stage."

However, it found that the government has taken "some positive steps", having recently begun work on precise definitions and objectives to direct a wide aim into more definitive progress, but only as the Office was finishing its report.

Naturally, the undying spectre of Brexit got a mention in the report, as an event with difficult-to-predict consequences for the STEM strategy. The report cites science and engineering bodies who fear leaving the EU will cause additional shortages for technician-level jobs, defined as one step above apprentices and one below graduates.

The NAO's report, Delivering STEM skills for the economy (PDF) concluded: "Some of [DfE and BEIS's] initiatives are achieving positive results but there remains an urgent need for a shared vision of what they are trying to achieve and coordinated plans across government. The absence of a precise understanding of the STEM skills problem means the efforts of DfE and BEIS are not well prioritised and a better targeted approach is needed to demonstrate value for money."

Head of the NAO Amyas Morse said: "The government faces a complex challenge in encouraging the education pipeline to produce more people with the right STEM skills. Some initiatives are getting positive results but there is an urgent need for DfE and BEIS to coordinate plans and set out what they are trying to achieve. A more precise understanding of the challenge would allow the Departments to better target and prioritise their efforts to deliver the STEM skills the economy needs." ®