So much for that grilling 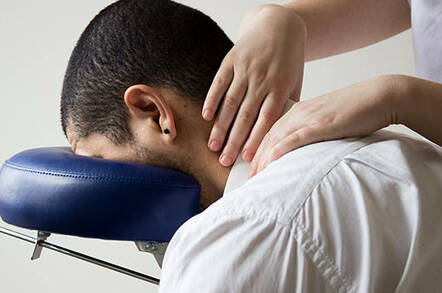 The session was titled "Terrorism and Social Media: #IsBigTechDoingEnough?" and the answer from the majority of lawmakers was "yes." Unfortunately.

Under intense pressure in Europe over how their systems have been used to disseminate violent and hateful comment, as well as propaganda and misinformation, the internet giants have started taking the problem seriously.

It's amazing what real laws passed in legislative bodies can do. A new law came into effect in Germany in October that allows officials to fine social media companies up to €50m ($60m, £44m) if they fail to remove hate speech and illegal content within 24 hours. The next month, Facebook opened a second content review center in Germany with 500 staff.

With similar laws proposed in the UK and the European Union overall, suddenly a range of real programs to tackle cyber-bile appeared. In the United States, however – where the companies are all headquartered – the legislative threat was been beaten back by an army of well-funded lobbyists.

In testimony today, the corporations' representatives outlined measures focused on actively reducing or isolating troublesome content – which is significant progress from last year when they repeatedly refused to accept there was a problem at all, and argued that freedom of speech was paramount.

But, as happened last year, the companies with hundreds of millions of users and billions of dollars are confident about one thing: they are doing a great job. They are always doing a great job. Even when the same bomb-making video appears over and over again on their website. Even when fake news and conspiracies override legitimate sources of news on their platforms.

How do we know they're doing a great job? They have stats. Stats that they themselves developed, and compiled, and the parameters of which are secret but they're still great stats.

"Last June, only 40 per cent of the videos we removed for violent extremism were identified by our algorithms," explained [PDF] YouTube's director of public policy Juniper Downs. "Today, that number is 98 per cent. Our advances in machine learning let us now take down nearly 70 per cent of violent extremism content within eight hours of upload and nearly half of it in two hours."

Facebook's got stats too – and its are even better. "Ninety-nine per cent of the ISIS and Al Qaeda-related terror content that we remove from Facebook is detected and removed before anyone in our community reports it, and in some cases, before it goes live on the site," explained [PDF] its head of product policy and counterterrorism Monika Bickert. "Once we are aware of a piece of terrorist content, we remove 83 per cent of subsequently uploaded copies within one hour of upload."

Not to be outdone, Twitter has stats, too [PDF]. Its "in-house proprietary" technology was used to flag "more than 90 percent of suspensions" and "three-quarters of those suspensions were flagged before the account had a chance to tweet even once."

And behind the numbers

Of course, those figures also reveal that nearly a third of violent videos on YouTube are missed, and that Facebook failed to catch nearly a fifth of reuploaded videos that it has already banned. Facebook also makes no mention of how many videos it missed altogether. And by piecing together Twitter's information, it's possible to figure out that there are still hundreds of thousands of fake or abused accounts on its system.

Fortunately, senators were able to immediately parse those careful statements and dig into the significant remaining problems, threatening to impose legislative corrections unless the companies did more. Only kidding. Of course they didn't.

They thanked the internet goliaths for the tremendous efforts they are undertaking – even though most of the programs are still in their early stages and remain untested. One senator even actively argued that their responses – which in some cases comprise little more than words – meant that the issue of extremist content was done and dusted.

When they were occasionally put under pressure – such as when Senator Cortez Masto (D-NV) asked pointedly about the fake news that spread in the aftermath of the August mass shooting in Las Vegas – the tech execs fell back on a well-worn piece of redirection: their platforms are also used to do wonderful things.

And speaking of redirection, it is the new policy kid on the block for dealing with extremist content.

"YouTube is teaming up with Jigsaw, the in-house think tank of Google’s parent company Alphabet, to test a new method of counter-radicalization referred to as the 'Redirect Method'," read testimony to the hearing. "Seeking to 'redirect' or re-focus potential terrorists at an earlier stage in the radicalization process, YouTube offers users searching for specific terrorist information additional videos made specifically to deter them from becoming radicalized."

Next page: Makes no difference to Facebook and pals if terror material is online or not
Page:
Tips and corrections
8 Comments