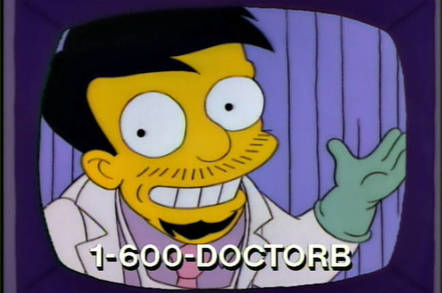 A US hospital paid extortionists roughly $60,000 to end a ransomware outbreak that forced staff to use pencil-and-paper records.

The crooks had infected the network of Hancock Health, in Indiana, with the Samsam software nasty, which scrambled files and demanded payment to recover the documents. The criminals broke in around 9.30pm on January 11 after finding a box with an exploitable Remote Desktop Protocol (RDP) server, and inject their ransomware into connected computers.

Medical IT teams were alerted in early 2016 that hospitals were being targeted by Samsam, although it appears the warnings weren’t heeded in this case.

According to the hospital, the malware spread over the network and was able to encrypt “a number of the hospital’s information systems,” reducing staff to scratching out patient notes on pieces of dead tree.

With flu season well underway in the US state, Hancock Health administrators called in the FBI’s cyber-crime task force, and a third-party IT specialist, to quickly restore the ciphered filesystems – but the files could not be recovered in time. So the hospital did what too many other businesses are doing, and paid the ransom a day later on January 12 – in this case four Bitcoins.

“We were in a very precarious situation at the time of the attack,” Hancock’s CEO Steve Long said in a statement to The Register today.

“With the ice and snow storm at hand, coupled with the one of the worst flu seasons in memory, we wanted to recover our systems in the quickest way possible and avoid extending the burden toward other hospitals of diverting patients. Restoring from backup was considered, though we made the deliberate decision to pay the ransom to expedite our return to full operations.”

The ransomware's masters accepted the payment, and sent over the decryption keys to unlock the data. As of Monday this week, the hospital said critical systems were up and running and normal services have been resumed.

This doesn’t appear to be a data heist. The hospital claimed no digital patient records were taken from its computers, just made inaccessible. “The life-sustaining and support systems of the hospital remained unaffected during the ordeal, and patient safety was never at risk,” the healthcare provider argued.

Taking hospital bosses at their word – and assuming "oh, we had to deal with the flu" isn't a cover-up for failed tape drives – the IT department did generate backups but these were not immediately available.

It's one thing to keep an offline store of sensitive data to prevent ransomware on the network from attacking it. It's another to keep those backups somewhere so out of reach, they can't be recovered during a crisis, effectively rendering them useless.

It just proves that when planning disaster recovery, you must consider time-to-restoration as well as the provisioning of backup hardware. ®