Dear US taxpayers, 4.5 BEEELLION of your dollars were blown on unapproved IT projects 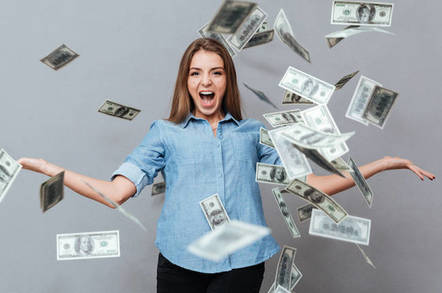 American government agencies are spending billions of tax dollars on IT projects without getting the proper approval or oversight.

This is according to a report from the Government Accountability Office (GAO), which studied the IT spending of 22 agencies, and found that about $4.5bn of Uncle Sam's $19.2bn IT spending in fiscal 2016 was splurged on projects that were never properly reviewed.

The $4.5bn in unapproved spending – 23 per cent of the total IT cost – included 41,493 contracts that were awarded or changed without following purchasing guidelines laid out by the Office of Management and Budget (OMB), and in many cases without even getting approval from the agency's chief information officer (CIO).

"Among other reasons, this shortfall existed because many agencies did not ensure that their acquisition offices were involved in the identification process, or provide clear guidance for ensuring that IT was properly identified," the GAO said in its report [PDF].

"Without proper identification of IT acquisitions, agencies and CIOs cannot effectively provide oversight of them."

According to the GAO, in many cases the dosh was blown on updates or modifications to existing contracts – and staff did not think they needed approval for the changes – or on projects under $150,000. In other cases, such as a $22m treasury department project, the GAO found the CIO had simply passed approval responsibilities on to lower officials.

"However, this particular acquisition was approved by an IT Project Manager."

In two other cases, the reviewers found that the CIO had actually signed off after reading the wrong documents or incomplete plans.

"CIOs or designees reviewed and approved documents such as a requisition, a procurement request, or a business case analysis," the report said.

Overall, the GAO found that agencies need to take a number of steps to get a better handle on IT splurging and approval of new projects, including stronger rules to mandate that the offices of both the CIO and the CAO (chief acquisition officer) review and sign off on IT spending projects.

The GAO also wants agencies to go back over their approval plans and better explain the process for getting approval on spending for IT projects. ®

The lighter side of HMRC: We want your money, but we also want to make you laugh