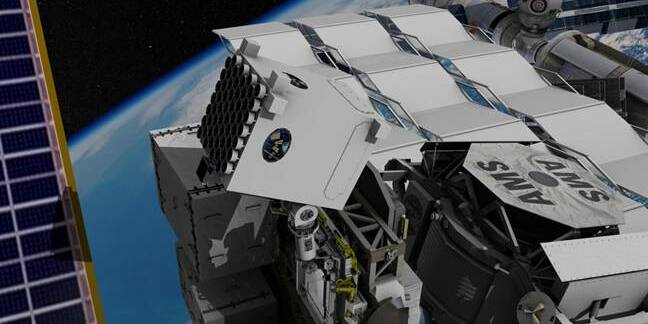 Pics After years of research and testing, NASA has demonstrated spacecraft positioning equipment that relies on measuring X-ray bursts. The hardware will help future spacefarers navigate the galaxy and beyond.

Your car or smartphone GPS gear works out its position using signals received from a constellation of satellites orbiting Earth. The NASA system – dubbed Station Explorer for X-ray Timing and Navigation Technology, or SEXTANT – uses the same sort of approach by analyzing bursts of X-ray emissions from distant pulsars.

"This demonstration is a breakthrough for future deep space exploration," said SEXTANT project manager Jason Mitchell, an aerospace technologist at NASA's Goddard Space Flight Center in Maryland. "As the first to demonstrate x-ray navigation fully autonomously and in real-time in space, we are now leading the way."

For the technology's first test drive, in November last year pulsar signals were picked up by the Neutron-star Interior Composition Explorer (NICER), which is a washing-machine-sized collection of 52 X-ray telescopes and silicon drift detectors installed on the hull of the International Space Station. Pulsars are usually neutron stars, or white dwarfs, hence the neutron star reference.

The precision took the space boffins by surprise. The goal was to get a position accurate to within 10 miles, yet the team got it down to three – which may not sound that useful, but when you're talking interstellar distances, that's good enough.

"We're doing very cool science and using the space station as a platform to execute that science, which in turn enables x-ray navigation," said Keith Gendreau, NICER principal investigator, who presented the findings on Thursday this week at the American Astronomical Society meeting in Washington. "The technology will help humanity navigate and explore the galaxy."

The team now wants to build pulsar positioning hardware small enough to be used by any kind of spacecraft. The first trial of said gear will take place later this year. ®