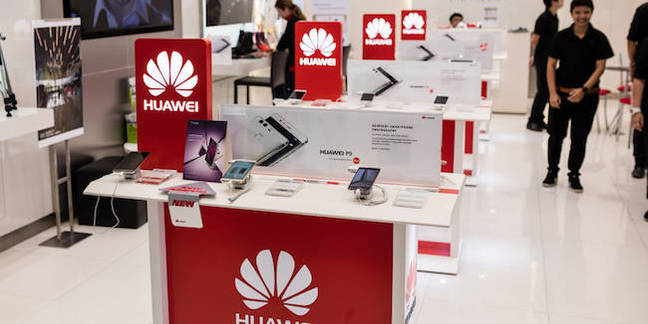 A law bill introduced into the US House of Representatives would, if passed, ban Uncle Sam's agencies from using stuff made by Chinese mobile giants ZTE and Huawei.

The proposed legislation, drafted by Rep Mike Conaway (R-TX), would bar government staffers from purchasing or operating any hardware, software, or services from either company or any of their subsidiaries. Known as HR 4747, or the Defending US Government Communications Act, the bill was introduced Tuesday, announced today, and is before the House Committee on Oversight and Government Reform for scrutiny. It has many hurdles to clear before it gets anywhere near the law books.

The draft law comes as both Huawei and ZTE continue to push into the US wireless market much to the chagrin of American officials worried about the corporations' close ties to Beijing.

According to Conaway, the aim of the bill is to protect the US government from efforts by the Chinese administration to use the products of its largest companies as a way to collect intelligence on America.

"Allowing Huawei, ZTE, and other related entities access to US government communications would be inviting Chinese surveillance into all aspects of our lives."

The bill also comes as government agencies are taking a closer look at both the hardware and software their employees are using in the wake of allegations that Kaspersky Lab security tools were used by Russian spies to pull top-secret files from the home PC of a bungling NSA worker.

The Department of Homeland Security has gone so far as to issue an all-out ban on the use of Kaspersky software by any of its agencies. ®