Of course Uber allegedly had a tool to remotely destroy evidence 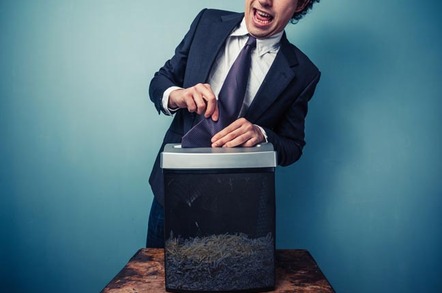 Uber is once again standing accused of shady behavior, this time allegedly developing mechanisms to rapidly shield documents and other files from the eyes of police.

A report by Bloomberg today claimed the dial-a-ride broker built a tool called Ripley to remotely lock and remove potentially incriminating data from machines in branch offices that were being raided by cops. Yes, the same xenomorph-ass-kicking Ripley from the Alien movie series.

"The Uber HQ team overseeing Ripley could remotely change passwords and otherwise lock up data on company-owned smartphones, laptops, and desktops as well as shut down the devices. This routine was initially called the unexpected visitor protocol," the report alleged.

"Employees aware of its existence eventually took to calling it Ripley, after Sigourney Weaver’s flamethrower-wielding hero in the Alien movies."

We're told that, starting in 2015 and going on to 2016, Uber engineers at its San Francisco HQ deployed Ripley in branch offices in Brussels, Hong Kong, and Paris when they were subject to search warrants from local authorities.

"Like every company with offices around the world, we have security procedures in place to protect corporate and customer data. For instance, if an employee loses their laptop, we have the ability to remotely log them out of Uber’s systems to prevent someone else from accessing private user data through that laptop," Uber said in a statement to The Register.

"When it comes to government investigations, it's our policy to cooperate with all valid searches and requests for data."

This is not the first time Uber has been accused of deploying in-house tools designed to dodge the law. Last year, word leaked that Uber had been a tool called Greyball to help drivers evade police detection in cities where the legality of Uber's service was being challenged.

Later, it was found that Uber had also used a custom piece of software dubbed Hell that sabotaged the rival Lyft service by sending its drivers fake pickup requests and tracking locations in order to poach customers.

Not surprisingly, these and other alleged activities have landed Uber in hot water with the US federal government. ®

What's a billion dollars between friends? Uber tosses match on mound of cash in first results since going public