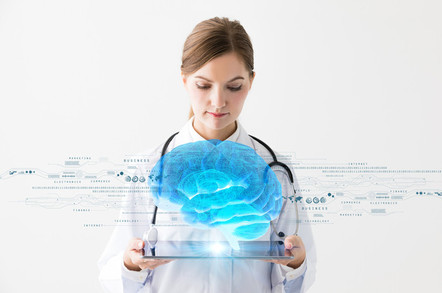 The Reform think tank has told the UK government to improve the quality of NHS data and stop relying on paper-based systems to take advantage of the purported benefits of artificial intelligence.

In its report (PDF) Thinking on its own: AI in the NHS, published today, the think tank argued that AI has the power to speed the NHS on its way to reaching its goal of better, more targeted interventions, increased access to cutting-edge medicine and diagnostics, and more self-care.

However, it laments what it describes as "piecemeal" use of artificial intelligence in the NHS, saying there has been only "patchy realisation of benefits" – and warns that it will continue to miss out without "major reform".

Many of the recommendations for this reform are hard to argue with: two of the three major changes set out are to improve public trust and confidence and ensure the NHS gets the ethics right. Crucial given the NHS's track record of patient data-sharing.

Similarly, it's a no-brainer (and also not new) to say the NHS needs to move away from paper-based systems. The struggle to update its IT systems is well documented, and has been blamed for its vulnerability to the WannaCry attack.

As the report notes: "The continued use of paper records in hospitals and the inability of IT systems to communicate with each other limit the NHS's ability to collect and easily link data."

It describes this as "the fuel of AI", but such improvements would have many more immediate and practical benefits – and the NHS has repeatedly issued commitments to improve its systems. The problem, though, runs deeper than simply sorting out the tech – changing institutional and ingrained attitudes is an equally difficult task.

Eleonora Harwich, head of digital and tech innovation at Reform, acknowledged the NHS's historical difficulties, saying that there is a "danger of replicating past mistakes, when a radically different approach to technological adoption is required" for AI.

NHS needs to work with biz, but should get something out of it

Beyond the basics – and with its AI-is-awesome hat on – Reform argued that the "most practical way for the NHS to introduce artificial intelligence in the short term will be through partnerships with private sector companies".

Indeed, some of the recommendations effectively look to encourage the health sector to make life easier for tech firms.

For instance, it asks NHS Digital to create a list of pseudonymised datasets for companies to use to train their AI algorithms. The body should establish a framework to specify access conditions – presumably it would also have to manage this access and maintain the datasets in some way.

The report also suggests NHS Digital, along with the National Data Guardian and Information Commissioner's Office, creates a "digital and interactive solution, such as a chatbot, to help stakeholders navigate the NHS's data flow and information governance framework".

The point here is that firms unfamiliar with the NHS's unique brand of organisation find it an "unfathomable task" to make it through the quagmire of unlinked data and complex legal and information governance, or understand who to speak to for access.

However, the Reform report does emphasise the importance of proper regulation – calling for the UK's medicines regulator and NHS Digital to develop a framework "for the ethical and safe applications of AI in the NHS". This should detail what type of pre-release trials need to be carried out and rules on how the algorithms should be monitored.

Reform also highlights concerns that AI systems trained on NHS data could end up being biased against particular patient groups, for instance those on low incomes that have less frequent interaction with the NHS.

And it stressed the importance of ensuring that the exploitation of health data benefits the NHS, rather than just being a boon to big tech.

"If industry is to use NHS data to design AI, as it does now, the NHS should make sure that it can reap the benefits in the long term," the report said. "Government should explore mutually beneficial arrangements such as profit and risk-sharing agreements."

It recommended that the Department of Health and the Centre for Data Ethics and Innovation – which was promised in the 2017 Budget – set up a "national framework of conditions" for this.

A similar point was raised during the ongoing Lords AI committee's inquiry, where witnesses mooted cut-price access to the medtech or continued collaboration with the boffins doing the development.

But Sam Smith, coordinator at campaign group MedConfidential, said that it didn't really contain much new. "Technology used appropriately can help health and care – it's not really a revolution is it?" he told The Reg.

"The problem doesn't come from the good intentions about helping patients, it comes from the shortcuts taken when a startup in Shoreditch decides the rules don't apply to them because it's cheaper." ®