You. Apple. Get in here and explain these iOS slowdowns and batteries – US, French govt reps

Difference in opinion over what constitutes an 'update' 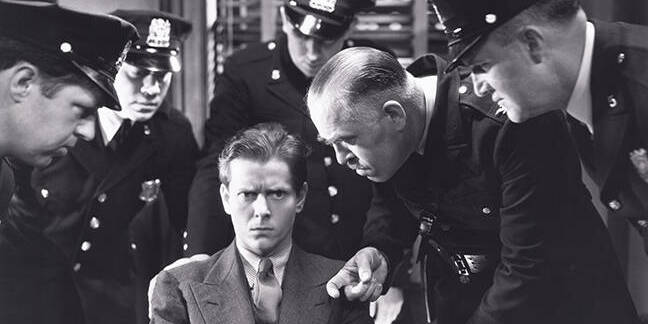 The chairman of the US Senate Commerce Committee and the French government want answers from Apple about its software "update" that slows older iPhones.

Senator John Thune (R-SD) and the French economy ministry's consumer fraud watchdog DGCCRF have both asked the technology giant pointed questions about its decision to throttle performance on phones that have older batteries.

Apple has argued that the software was rolled out to "deliver the best experience for customers" by improving overall performance and extending the life of phones. But the fact that Apple did not inform users of the change, or provide an option to turn it off, and only admitted to the change after it was proved online, has left many suspicious of Cupertino's real intent.

Both Thune and the DGCCRF (the Directorate General for Competition, Consumer Affairs and Repression of Fraud) have strongly implied that Apple may be engaging in "planned obsolescence" – slowing down old phones in order to encourage people to purchase the latest models, despite Apple's explicit rejection of the claim.

"Despite longtime consumer speculation that Apple engaged in these practices, the company waited until shortly after Christmas to admit that, in fact, its software updates include features to throttle back processing performance," notes Thune's letter [PDF] to Apple CEO Tim Cook.

It goes on: "Even if Apple's actions were indeed only intended to avoid unexpected shutdowns in older phones, the large volume of consumer criticism leveled against the company in light of its admission suggests that there should have been better transparency with respect to these practices."

Just a few questions for you

He then poses eight questions in order to "understand Apple's rationale behind these software updates" and gives Apple two weeks (to January 23) to respond to them.

Those questions in full:

Meanwhile, the French government has opened an official investigation into the same issue following a legal complaint from a French consumer association focused on identifying and prosecuting companies for introducing planned obsolescence.

Under a French law passed in 2015 and known as "Hamon's Law," it is illegal for companies to engage in planned obsolescence and any company found to be deliberately shortening the life of a product can be fined up to five per cent of its annual sales, with executives facing a maximum two-year jail sentence. Epson is also currently under investigation for its printer cartridges, for instance.

That iOS probe is expected to take several months, and investigators will eventually recommend that the case is either dropped or passed onto a judge for further scrutiny and possible prosecution. It's not clear exactly how much money Apple makes specifically from sales in France thanks to its elaborate tax-avoiding structure, but if found guilty the fine would likely be in the billions of dollars.

And just to add to Apple's poor public perception in France, the company said last week it was suing activist group Attac after 100 supporters occupied a Paris Apple Store as part of a campaign to shame the Cupertino goliath into paying taxes.

Attac said it wanted Apple to cough up the €13 billion ($15bn) the European Union last year said the iGiant dodged by processing its sales through Ireland.

And just for good measure, lawsuits have also been filed in California, New York, and Illinois, in America, claiming that Apple defrauded users by slowing down their devices without warning. ®