Cortana. Whatever happened to world domination?

The speech recogniser that coulda 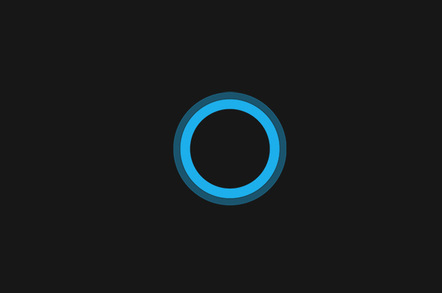 Torn between wholesaling and retailing Cortana, Microsoft ended up doing a bit of both, and failed badly. It's also torn between what the brand actually means – an Alexa voice assistant, or an IBM Watson-like brand for analytics, covering a multitude of products and technologies.

It's probably unfair to make any kind of pronouncement until 2017's Amazon-Microsoft deal bears fruit. Echo owners will get access to, er, Cortana – or whatever Microsoft decides Cortana is this week.

And that's the trouble.

Less than two months ago this was the Cortana Intelligence Suite, we noted. Only now all mention of the Cortana brand has been removed from everywhere except the URL.

It would be negligent not to point out what a great thing Microsoft has squandered. Cortana is another case of Microsoft failing to make the most of outstanding lab work – it has done speech very well for a very long time – and shrewd acquisitions.

When Cortana was shown off in 2013 (it had been leaked the previous year) it was following in the wake of Siri and Google Now – but it impressed right out of the box. The quality of the recognition was outstanding – for some, the best – and on a phone could adapt to the intended context well without being annoying and too obtrusive. It looked like long-standing research into semantic information and speech was finally paying off.

The problem was that "phone" was restricted to Windows Phone, just as the Head Shed at Redmond had decided it didn't really want to be in the phone platform business. Microsoft was slow to bring Cortana to Android and iOS. Remarkably, it was even slower to bring it to its own Xbox platform.

Some of this failure was down to inexplicably bad operational issues. Cortana for iOS and Android only hit Canada last month. Was that so hard?

In the meantime, the Amazon Echo was a runaway hit. Amazon has succeeded at both "wholesale" (licensing the technology to third-party manufacturers to embed in their devices) and "retail" (selling millions of Echoes). Amazon's leadership is so great it has defined the terminology developers and the media use. For example, it has "25,000 skills" capabilities or actions added by third-party developers. So Cortana has "skills" too. Google has um, Actions, but everyone now calls them skills. It's just that Alexa has about a hundred skills for every Cortana skill (some 250 to 25,000).

Doesn't Windows 10 count? Last summer Microsoft said Cortana across all platforms had 141 million users. But it hasn't stopped PC makers scrambling to install Alexa on PCs – as Asus and HP did this week, alongside Cortana. Alexa's brand recognition is now so great it forced Microsoft's hand. But it's hard not to think Amazon got the better deal.

Partly it's because the brand is being pulled this way and that. Cortana was becoming a kind of "Watson" – an all-encompassing brand for "cleverness by Microsoft". Now nobody knows what it is.

Microsoft has failed to produce much clarity and, before the Consumer Electronics Show had begun, revealed the $319 Cortana-powered thermostat, GLAS, which it had first teased six months ago.

Meanwhile, Microsoft continues to notch up impressive speech research – walking off with the conversational prize last year. Speech is alive and well at Microsoft, you just wouldn't know it. ®