Also: UK viewers like to take a break for Bake Off and Strictly 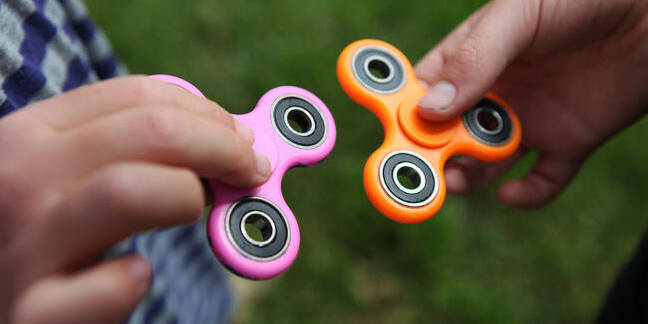 PornHub's annual deep dive into user stats and searches has revealed that, in 2017, people decided to take the fidget spinner trend to new levels.

This saw it enter the top trending searches in both the US and the UK, and among people who identify as men.

The report found that those in the Philippines spent the longest time on the site – an average of 13 minutes and 28 seconds per visit, more than the overall global average of 9 minutes 59 seconds.

Putin's nation, meanwhile, spent the least time on the site, with an average visit of 7 minutes 41 seconds - indeed, you might say they were Russian...

For mobiles, the most common operating system was Android, used by 50 per cent of mobile users, with Chrome again the most popular browser (41 per cent).

New Year's Eve also seemed like a time to be doing other things, with a 35 per cent fall in traffic in the UK – and Christmas Day saw a 30 per cent drop.

However, the same can't be said for Easter. UK traffic increased 7 per cent on Good Friday and 9 per cent on the Monday after. Perhaps people just wanted to celebrate a different kind of res-erection. ®